LAUDERDALE COUNTY, Ala. – Frustration is reaching its peak in northern Lauderdale County. Road construction has been going on for what residents say is 20 years, and it’s becoming dangerous around their school. 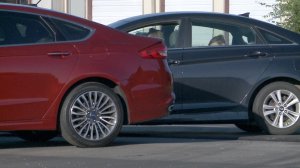 “Real congested. It bottlenecks and everybody is trying to go everywhere at one time,” explained Brian Broadfoot, another Rogers School parent. 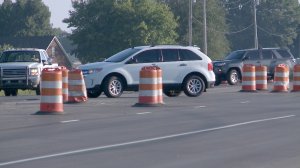 No matter who you talk to around Rogers School, their description is the same.

“Oh, it is awful. It is absolutely awful,” described Kasey McLaughlin. “We have had cops over there trying to direct traffic, but just getting in and out of the cones it is terrible.”

Ground was broken on U.S. 43 North in August of 2016. Travel lanes through Greenhill are constantly being shifted as workers move around. Those shifts have added confusion and chaos to an already stressful Rogers School drop-off and pick-up.

“Just in the mornings and afternoons. Of course, the afternoons are horrible because you’ve got people leaving work coming home and trying to pick-up kids,” said Stotler. 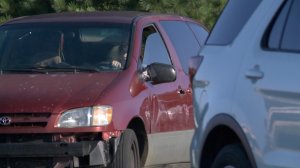 Drivers are just ready for the construction to end.

“Praying for it to get done soon,” McLaughlin said.

According to the Alabama Department of Transportation, this project will likely be done by late summer or early fall. Which means more uncomfortable mornings and afternoons before these barrels are gone for good.

Right now, construction workers are putting down the final layer of asphalt which covers the eight-mile-long project. There is still some work to be done on interchanges with U.S. 43, which could mean more lane shifts in the future.

‘My daughter is the only thing that I have left,’ grieving dad says after pregnant wife hit, killed by alleged impaired driver

Postponed by pandemic: Only 27% of Americans have taken a vacation during COVID-19