LAUDERDALE COUNTY, Ala. – Lawmakers in Montgomery are preparing to vote this week on a $25 million expansion of the state’s “First Class Pre-K Classroom” program. 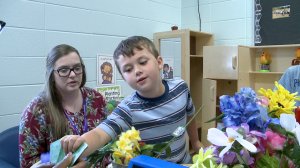 To an outsider it may seem like chaos. But for the 4-year-olds and their teachers at Underwood Elementary School in Lauderdale County, it is part of the process. For many of the kids, they had no interest in learning before pre-K.

“Now when he comes home he shows me his books, he can point out words, he can write his name, he can count really good, and his speech has gotten better,” explained parent Carrie Comer.

And those successes have driven Alabama’s pre-K program to the top of the list. Underwood Elementary added a second pre-K classroom this year with the latest state funding expansion. 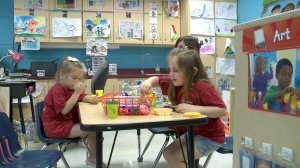 Statewide, more than 30 percent of all 4-year-olds are involved in a pre-K program. In Lauderdale County, that number grows to over 50 percent and takes quite a bit of money out of local education budgets. Superintendent Jon Hatton says for each pre-K classroom, the school system spends $16,000 in local money. Hatton says it’s an investment which is well worth it as demand increases.

The Lauderdale County Board of Education is asking for grants to help fund six additional pre-K classrooms for the upcoming year. Hopefully that can cut down on waiting lists even more if they get them.

If Governor Ivey’s proposed funding increase for the 2020 fiscal year passes, 240 pre-K classroom’s can be added across the state.

SHEFFIELD, Ala. — The Shoals area continues to have an impact in the music business.

Monday night, the Shoals was recognized once again on an international stage at The JUNO Awards in Canada. Folk-bluegrass band, The Dead South was awarded for their album, “Sugar & Joy” which was recorded in Sheffield at The NuttHouse Recording Studio. A Juno award is often referred to as the Canadian equivalent of a Grammy.

FLORENCE, Ala. -- Staff at a Florence restaurant were tested for COVID-19 after some employees began showing symptoms for the virus, according to a post on the restaurant's Facebook page.

FLORENCE, Ala. - The University of North of Alabama is mourning the loss of their beloved mascot, Una, after she passed away Tuesday morning.

According to a statement from the university, Una died after a brief illness. She was 17.