FLORENCE, Ala. – The trial of a Lauderdale County man accused of producing and possessing thousands of images of child pornography, will not have his day in court next week. Jeffrey Hunt’s trial was lining up to begin on Monday with jury selection. But a last-minute motion to suppress evidence gathered by detectives has been granted by a Lauderdale County judge. 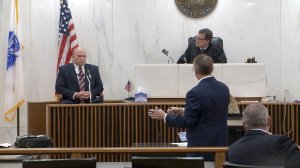 According to court documents, the motion filed by defense attorneys to suppress evidence was granted this week. The defense attorney’s brought into question jurisdiction privileges for the Florence Police Department detective working the case. Filings state the detective gathered key evidence through a search warrant served in Colbert County. That was where Jeffrey Hunt was working at the time and the location of electronic devices.

Detectives have said more than 6,500-images of child pornography has been found throughout the investigation. WHNT News 19 is told three of the victims were children under the age of 12 who were dropped off at Hunt’s home.

Prosecutors rebutted the motion to suppress, arguing search warrants are executed in other jurisdictions all the time. They also stated the detective working the case is part of a child pornography task force which gives him powers across the state. Judge Gil Self agreed with defense attorneys and granted the filed motion.

Court documents show the Lauderdale County District Attorneys Office is appealing the ruling to the Alabama Court of Criminal Appeals. While the state court deliberates the local ruling, Jeffrey Dale Hunt remains free on a $400,000 bond.

As part of Hunt’s release on bond, he must wear an ankle monitor.