LAUDERDALE COUNTY, Ala. – A northwest Alabama county is fighting a growing problem. Household trash and other items are being illegally dumped across Lauderdale County. Drive down a county road and chances are you will witness the unfortunate scene. 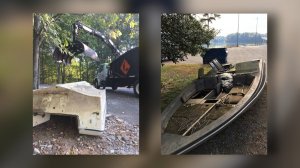 “There can be tires, animals, to household furniture,” described Lauderdale County Solid Waste Director Tom Smith. “All of that can be, the other day we talked, we had two boats show up.”

That’s right, even boats have been left behind at launches in the eastern portion of the county.

“I guess the frustrating part is, I call it a lazy crime,” said Smith. “Because it is a crime; it’s an illegal dump.”

Smith calls it lazy because any resident can bring a utility bill to the Lauderdale County Landfill and discard rubbish for free. On a daily basis, he’s having to take workers away from their normal tasks to clean-up illegal dumpsites. 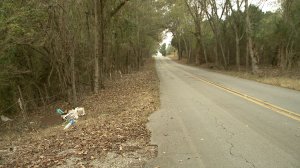 To help combat this, Smith says they are actually going through the trash trying to find anything that might be able to identify those who left it behind.

“If we can find a name or address, or something like that in the things, we can actually send a letter to them or we can turn it over to the authorities and they can try and investigate it,” stated Smith.

If caught, someone can be charged criminally, pay fines, and have to clean-up what they dumped. Smith is hoping some enforcement will be a deterrent to stop the laziness.