LAUDERDALE COUNTY, Ala. – It’s the largest public works project to hit northwest Alabama in many years. Pieces are beginning to fall in place for a proposed agricultural center along U.S. 72 near Florence.

There are 260 acres sitting ready. The clearing of underbrush is moving forward as a Lauderdale County Agricultural Event Center draws closer to reality.

“Our bond issue has been completed for the most part. So the master plan is about finalized; it should be done within two to three weeks,” said State Sen. Tim Melson. 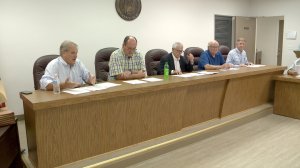 Melson is chairman of the Lauderdale County Agriculture Authority, the group overseeing the project. He says northwest Alabama has needed a facility this large for many years. His statement was confirmed by the outpouring of support shown during a meeting on Monday morning.

“We need this,” stated Frankie Thaxton with the Tennessee Valley Horseman’s Association. “The community will be proud of it. It will be something the community can do, and I am very proud of the commission for standing behind this.” 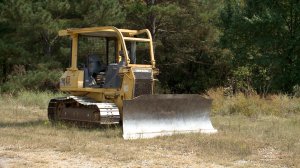 There are several elements coming to the property. A 10,000 seat event center, agricultural business component, workforce development center, and a TVA training center. A portion of the property will also house several retail businesses.

“We are hoping to be in within two years. That is ambitious, but it is very doable,” Melson explained.

An official groundbreaking ceremony on the $37 million project could happen as soon as October.

Another piece of this massive puzzle is the widening of U.S. 72. The Lauderdale County Commission says they should hear by November whether there is federal money available for the $20 million project.

The bond issue used to raise the capital for the project has been financed for 40 years. It will be partially paid for through a two-cent gas tax and sales taxes collected on the site.