FRANKLIN COUNTY, Ala. – It’s a mystery that has been looming over Franklin County since early June. A human skull was discovered in a remote part of the county, and it has yet to be identified. Countless agencies have contacted detectives at the Franklin County Sheriff’s Office hoping the human skull found will help close a missing persons case. 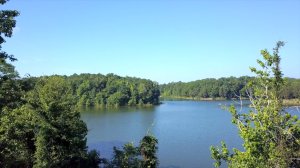 On June 10th hikers were exploring Bear Creek, across from the Horseshoe Bend camping area. Their attention was drawn to a cliff where a skull sat. A forensics analysis determined it belongs to a white male, between the ages of 18 and 49. Scientists believe the time of death is between 2 and 7 years ago. Not exactly defining, but a start.

“We have some people that is of interest that is missing from adjoining counties, and maybe even real close to the county line,” said Sheriff Shannon Oliver.

Following the forensics analysis in Tennessee, the skull was taken to Quantico. FBI scientists are attempting to extract DNA and complete an artist rendering of who it may be.

“What we have done is just make sure they have their DNA entered into the system so when it is put in a match could be generated,” explained Oliver.

Two months have passed in the process since the FBI took it. Sheriff Oliver says his team is anxiously awaiting the results, along with numerous other agencies and families. Oliver says they want to get this right for the families needing to know for certain who this is.

Sheriff Oliver estimates Bear Creek flows more than 40-miles to the point where the skull was located. Detectives were unable to locate any more remains during additional searches of the area.

LAUDERDALE COUNTY, Ala. – Four foster children who lived with foster parents accused of rape and sexual abuse filed lawsuits Thursday seeking $25 million in damages against the accused parents and the Alabama Department of Human Resources.

The lawsuits filed in Lauderdale County claim DHR and its employees failed to take appropriate action against Jenise and Daniel Spurgeon, who Birmingham attorney Tommy James said subjected his clients to sexual and physical abuse, rape, starvation, and neglect.

YOUR PHOTOS: Snow across north Alabama

Our viewers have been sending us pictures of the snow flurries falling across north Alabama. If you saw some in your area, let us know!

SHEFFIELD, Ala. - A Florence man was killed after losing control of his motorcycle early Thursday morning.

Alabama State Troopers said Tab Kennedy Waddell, 32, lost control of his Harley Davidson on US-43 in Sheffield and hit a guardrail.

The EPA is planning to monitor PFAS in drinking water