LAUDERDALE COUNTY, Ala. – Roads and traffic congestion are always two hot-button topics for people across north Alabama. To solve those problems, it takes planning and most importantly money. Shoals residents were given a sneak peek on Tuesday at the areas up for improvement. 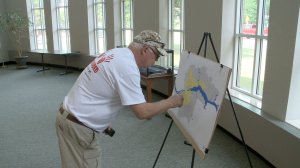 Doug Parker was the first in line. Planning maps were set up at the Florence-Lauderdale Library highlighting upcoming transportation projects; areas which will get attention over the next four years.

“I’m anxious to see what NACOLG and Florence, St. Florian are looking to do,” said Parker.

But the project Doug Parker wants to find out about is not on the map. It’s the widening of Florence Boulevard from Shoal Creek to Indian Springs. North Alabama Council of Local Governments Planning and Transportation Director Jesse Turner says grants have been applied for. 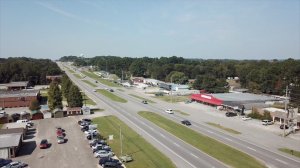 “Everything is financially constrained,” said Turner. “Meaning we can’t have more projects then we have money.

NACOLG helps oversee $1.8-million in federal dollars which go into a fund for transportation improvements. Roads get new asphalt and bridges get rebuilt. Items which didn’t make the short-term plan get moved to long-term goals.

“Obviously, the neighborhood is interested in what’s going to happen, and long-term, I think it is going to do well when the AG Center comes in,” said Parker.

Planners say the map remains fluid. The Florence Boulevard widening project could become a priority, but it will take money to pave the way.

A couple of the projects which are set to begin next year is the replacement of the County Road 16 bridge in Lauderdale County at Cypress Creek, and the repair and repaving of Cox Boulevard in Sheffield.

COLBERT COUNTY, Ala. - A man died of his injuries after a crash with a tractor-trailer truck, according to Alabama State Troopers.

Sisters separated by orphanages, foster homes are reunited after 46 years