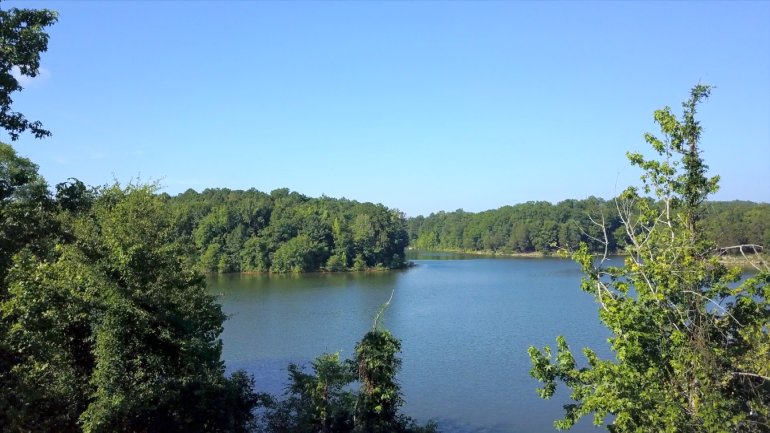 Sheriff Oliver said the skull found June 10 by hikers appears to be a male between the ages of 18 and 49. It was found in a flood zone area across the water from Horseshoe Bend Campground.

“That water comes from a long stretch away, but the area was on a ledge several feet above the water,” Oliver described. “But you could see where the water flooded that area at some point and time.”

There were no obvious signs of foul play or how the person died, Oliver said, and they have no open cases of a missing man in Franklin County. Oliver said they believe the person died between two and seven years ago.

“I’m sure there are other agencies that this will probably assist,” stated Oliver. “Maybe a break-through on some of their information that they need.”

Sheriff Oliver estimates Bear Creek flows more than 40 miles to the point where the skull was located. Detectives were unable to locate any more remains during their search of the area.

“At this point, it could go anywhere,” Oliver said. “We don’t know really where this skull may have come from, or who it is, or what is going on. But, we are going to work other agencies to follow-up and just try to pin it down to find out who it actually is.”

Sheriff Oliver says dental records could play a crucial role in discovering the identity. As of right now, detectives know of three possible cases which fit the criteria of the findings.

The Franklin County Sheriff’s Office asks anyone who may have filed a missing person report with another agency, to contact the reporting agency, who can then contact Franklin County investigators.

Cyclist killed in crash on Hwy 72 in Colbert County identified

COLBERT COUNTY, Ala. - Authorities have identified the cyclist hit and killed by a vehicle Tuesday night in Tuscumbia.

Colbert County coroner Justin Gasque released the identity of the person as Mark Nix, 51, of Tuscumbia. He says the preliminary cause of death is blunt force trauma, but the investigation is ongoing.

THE SHOALS, Ala. — With protesters gathering at various state capitols ahead of President-elect Joe Biden’s inauguration, Shoals law enforcement officers are keeping in contact should anything happen there.

As of Tuesday, there have been no reports of planned demonstrations or threats of violence in the Shoals but law enforcement officers are keeping an attentive eye on things should anything change.

Tuscumbia Police Chief Tony Logan said multiple departments have kept in contact daily through group messaging to share and relay any information that could be of concern to the area.

Although there has been no indication that something will happen in Tuscumbia or Colbert County, Chief Logan said the department will remain vigilant to pursue any credible information.

In Lauderdale County, Sheriff Rick Singleton said that constant communication makes a world of difference in making sure the community is protected.

"I don't think any of us have heard anything specific as far as any specific threats but we will be more attentive tomorrow; we will be keeping our ear to the ground and watching and listening to see what happens as things maybe develop,” Sheriff Singleton said. “If we get information, we make sure they're aware of it and vice versa."

The sheriff said it's a benefit of being in an area with so many agencies.

"Communication is key,” Sheriff Singleton said. “Social media—that's one of the good things about social media—it does give us an avenue of communicating back and forth quickly."

Sheriff Singleton said if anyone in the community hears of any events where someone is inciting violence, they should immediately contact their local law enforcement.

TUSCUMBIA, Ala. — The COVID-19 pandemic is having an impact on another city office, this time in the Shoals.

The City of Tuscumbia announced on its Facebook page that municipal court will be canceled for January 20 and the city clerk’s office is closed.

China hits Trump officials with sanctions on their way out