FLORENCE, Ala. – As the rain sets in, municipalities across north Alabama are preparing for the possibility of flooding. Those paying the most attention are the cities along the Tennessee River, and the City of Florence is already putting their action plan into motion. 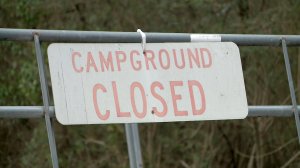 With just a casual glance, you can see currents in the Tennessee River are increasing. Along its banks, McFarland Park is all but abandoned. Monday afternoon, the gates to the campground were closed and padlocked.

“We are fairly prepared, and try to err on the side of caution as far as evacuating the park and the campgrounds especially,” explained Florence Parks Superintendent Fred Boughner.

Boughner is no rookie when it comes to dealing with flooding at McFarland. He knows you don’t want to mess with the Tennessee River. A valuable lesson was learned about flooding and how quickly it can happen during Christmas in 2015.

“It may have been 10 or so campers in the campground. Some of them were visiting family and we literally had 2-hours to get them out. Two of them didn’t make it out, they were in Tennessee,” Boughner said. 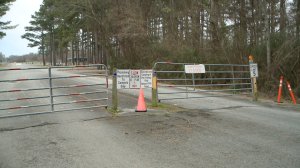 For supervisors, the first priority is campers. As they continue to prepare for flooding, maintenance equipment is moved to higher ground or out of the park altogether. Once everything is secure, the focus turns to keeping people out of the park when the decision is made to close it.

“When we flood, we become part of the river,” described Boughner. “That includes the current and that’s the dangerous part. It doesn’t take much water to wash you away, especially in a vehicle.”

TVA predicts their largest outflow discharge from Wilson Dam will be on Thursday. In anticipation of flooding, Florence Park Police plan to close the gates at McFarland Park Tuesday evening.

Flood stage for the Tennessee River at McFarland Park is 18-feet. The latest National Weather Service prediction for river crest on Thursday is 19.31-feet. It’s important to keep in mind these figures can change quite quickly.