COLBERT COUNTY, Ala. – People in Colbert County affected by the February flooding will now have to feel the full brunt of paying for the storm.

It has been a long two months for victims. Some might say this recent revelation is just icing on the cake. There will not be any federal assistance available for homeowners or businesses who had damage from the February flooding. 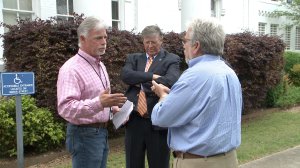 “It’s bad that we have got some homeowners that need some assistance that you can’t (help) because you can’t judge that threshold,” stated Muscle Shoals Mayor David Bradford.

There are two thresholds leaders in Colbert County had hoped to reach. One was for public assistance where damage was done to infrastructure; that has been awarded. The other, which they didn’t receive, was individual assistance — help for homeowners and businesses. Inspectors had gone through the entire county evaluating damage, starting in Tuscumbia.

“They went through 40 households,” said Colbert County EMA Director Mike Melton. “Muscle Shoals, they went through 65. Sheffield, they went to 11. Cherokee, four, and Leighton, six. They did all of this in means of trying to help us meet the criteria.” 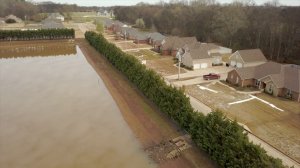 To qualify for low-interest loans and individual assistance, 25 homes had to receive major flood damage. That means 18 inches of water or more needed to occupy the entire living space.

“We had somewhere around eight to nine majors,” said Melton. “Which put us several homes less than what we needed to get some type of presidential declaration or assistance from IA.”

As disappointed as leaders are for the homeowners, they will be reimbursed for some major expenditures in fixing public areas. Close to $1.5 million in damage and loss was turned in by governments in Colbert County. Reimbursements for those expenditures could start flowing back in by June.