FLORENCE, Ala. – A 13-month long investigation into the drug distribution trade in northwest Alabama ended Friday morning with dozens of arrests. 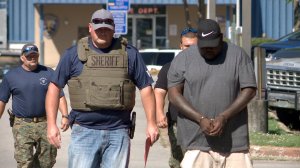 Several residents in the Shoals got an early wake-up call. The Lauderdale County Drug Task Force and The North Alabama FBI Safe Streets Task Force hit the pavement at 6 a.m. They were targeting 67-individuals who are accused of distributing major drugs in operation “Press On”. 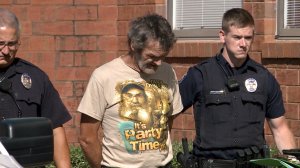 Glover said these are not the people who were simply in possession of drugs, but they’re the one’s responsible for selling them.

“With this many people you have loose affiliations and you have close affiliations,” described Glover. “We think if you take the group out, you have a better influence on the availability of the drugs and that has been our strategy for the last month or two.” 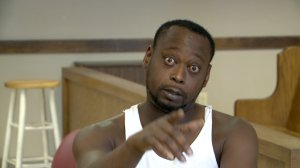 Thadeus Hamer was picked up on distribution charges on Friday in Sheffield. This isn’t his first early morning visit by drug agents. While being booked he offered his own insight on the round-up.

More than 250 buys were made from the 67-individuals with arrest warrants. Agents hope this will be a major hit to the drug trade.

Drug task force agents, police officers, and sheriff’s deputies from across northwest Alabama were involved in operation “Press On” Friday morning. All arrestees were booked into the Lauderdale County Detention Center.

COLBERT COUNTY, Ala. - A man died of his injuries after a crash with a tractor-trailer truck, according to Alabama State Troopers.

Button Bush provides nectar for honey bees and butterflies in the summer, fruit for birds in the winter