FLORENCE, Ala. – Court records to a high-profile sexual abuse case by a former pastor in the Shoals have been closed to the public. At the same time, allegations of sexual abuse are being looked at in another state. 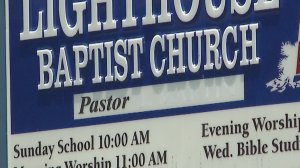 In late June, Martin was taken into custody by detectives with One Place of the Shoals. An investigation was launched after a pulpit confession of his sins at Lighthouse Baptist Church on June 23rd.

“During the investigation, it came to light he admitted to four counts of sexual abuse of a child,” said Assistant District Attorney Coty Hand during an interview on July 1st.

According to courthouse officials, the court documents were reclassified to confidential to protect the identities of the victims. That means records are essentially unavailable to the general public, and moving forward, prosecutors and defense attorneys are not allowed to discuss the case outside of court.

According to the church’s web site, Martin had been the pastor at Lighthouse Baptist since 2010. Following the confession to the congregation, Martin immediately resigned. 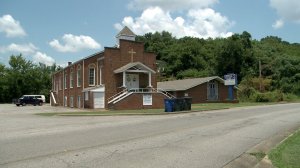 As far as where the current investigation stands, that is now confidential.

WHNT News 19 has learned Martin is also under investigation in Murfreesboro, Tennessee. Police there are taking a second look at allegations from 2004 in which Martin may have acted inappropriately as a youth pastor at Bellewood Baptist Church. No charges have been filed.