FLORENCE, Ala. – Change is coming to downtown Florence. In 2018, the city council adopted an ordinance designating a portion of the downtown area as an entertainment district. This week they changed the rules. 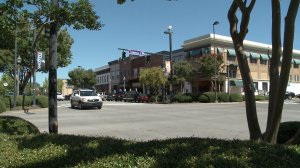 The downtown area continues to prosper. The city of Florence has taken great pride in preserving the history while also progressing into the future.

“We have done all the right things to make our downtown the true anchor that it should be for economic development,” stated Florence Mayor Steve Holt.

In February 2018, the council created a 17-block entertainment district. It essentially allows people to purchase alcohol in one business and take it onto the streets. They designated certain weekends for the district to be active. Restaurants see a big increase in business on those weekends.

“I would say it brings in a lot more people,” said Chase Smith with Wildwood Tavern. “It just kind of gives somebody the opportunity to enjoy a beverage while 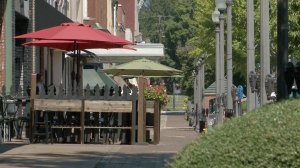 taking in something like our Renaissance Faire or any of the downtown things that we put on.”

The rules have now been changed. Now between 5 p.m. on Friday and 6 p.m. on Sunday evening, the entertainment district will be in effect.

The only caveat, the entertainment district will not be in place for First Friday’s because they would like to keep it more of a family atmosphere.

The change to the entertainment district dates and hours will go into effect this weekend for downtown Florence.

Child tax credit vs. child care tax credit: Here’s how each could give more money to parents this year

Third stimulus checks: Here’s where we stand as February ends

No. 6 Alabama holds off Mississippi State 64-59 to win SEC