COLBERT COUNTY, Ala. – This week, 5 children have died in school bus stop incidents across the nation. As horrific as that number is, school bus drivers and trainers say they are not surprised. They see drivers not paying attention while buses are loading and unloading on a daily basis. 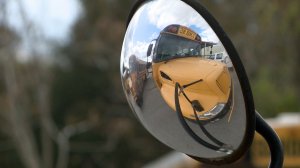 The school system transports hundreds of students a day along 35-bus routes. During training, Franks instructs his drivers to use one of the cheapest pieces of equipment they have on the bus – mirrors.

“So the driver knows she has all the traffic stopped coming toward them and behind the bus. Once that is clear then she will bring them to the bus,” Franks described. 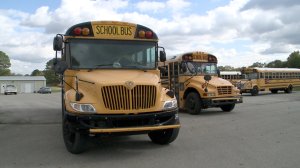 Loading and unloading is said to be the most dangerous part of transporting students. Because, they are dealing with an unknown variable – other drivers.

Bus driver Davie Ford recalled one incident where a driver “Just ignored me. They even threw their hand in the air like, 'forget you,' and just went on around me. It’s a good thing the kid had been listening to me and he paid attention.”

At least twice a month bus drivers say a vehicle will illegally pass them. Which is why they preach to the kids to stop and look before crossing the road. A message which has kept students safe so far.

School bus drivers say most all accidents could be avoided if other drivers simply paid attention and slowed down. It is illegal in all 50 states to pass a stopped school bus while loading or unloading students.

RUSSELLVILLE, Ala. - Those in Franklin County who haven't had a chance to register for the 2020 election have an opportunity to do so Saturday.

Two community organizers, Kadesha Little and Tammy West, have partnered up with the Tri-County Branch of the NAACP for a voter registration drive at 201 S. Washington St. in Russellville.

FLORENCE, Ala. — Florence Fire Chief Jeffrey Perkins said the emotional toll of the life lost is felt not only by family members but also first responders.

It took firefighters more than 24 hours to extinguish the blaze at Right Solutions in the Florence-Lauderdale Industrial Park.

TUSCUMBIA, Ala. — A man serving a life sentence for a 2016 murder in Tuscumbia lost his appeal to the Alabama Supreme Court this week.

Thomas Hubbard is serving a life sentence without the possibility of parole at the Donaldson Correctional Facility for the 2016 murder of Kijana Freeman. The court did not issue a written opinion on his appeal.