FLORENCE, Ala. – Alabama waterways have seen a disturbing increase in the number of boating deaths this year. Marine Police say it’s tracking to be the highest in over 20-years, and there may be several factors behind the fatalities. 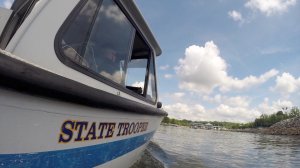 It’s a relaxing way to spend a summer’s day. Boating on the Tennessee River has become a favorite past-time for many north Alabama residents and visitors, but there is also a danger on these waters.

“A common denominator among some of these accidents we are seeing is operator inattention,” explained Sgt. Chad Pate with Alabama Marine Police. “In other words, the operator is not paying attention to what is going on around him.”

According to the Alabama Law Enforcement Agency, 2019 has seen 25 boating-related deaths in at least 68 crashes. Six of the deaths are just this month. 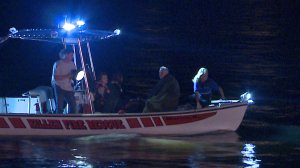 One case which remains under investigation, a nighttime crash in June on Shoal Creek which killed a mother and daughter from Georgia.

Sergeant Pate says he is disturbed by the rise in incidents. Whether it’s on a crowded lake, night-time navigation, or drinking on the water, those at the helm are ultimately responsible.

“The smart thing to do is have a designated driver. Make sure the operator of your boat is not going to be drinking any alcohol that day,” Pate stated.

Marine Police say they want everyone to have fun on the water, but do so in a safe manner. It could mean the difference in making it back to harbor or not.

1998 is the last year Alabama saw this many deaths on waterways; 32 were killed across the state.

According to ALEA, 2018 had 75 reported boat crashes resulting in 17-deaths.

FLORENCE, Ala. - Because of the sensitive nature of people losing loved ones to COVID-19, FEMA opted to have people call in their applications for funeral assistance. Within the first few minutes of opening the phone lines, FEMA says thousands of calls crashed the system.

"For many of these families, it's hey dad went into the hospital and dad didn't come home," said Chad Holder of Morrison Funeral Homes.

FLORENCE, Ala. — The Alabama Department of Economic and Community Affairs has awarded a more than $800,000 grant to the City of Florence.

The city’s planning department said the Emergency Solutions Grant is funded through the CARES Act.

SHEFFIELD, Ala. — On the outskirts of Sheffield near Spring Creek, you’ll find Village Number 1, named for the United States Nitrate Plant Number 1 built during the First World War.

Employees who worked in the plant lived in the homes throughout the Liberty Bell-shaped village, and their children would attend the Village 1 School located near its center.