FLORENCE, Ala. – 2020 is a big year in our country.  Not only do we choose our nation's leadership, but we stand up to be counted in the annual census. A city in the Shoals has already started the leg-work to make sure everyone is involved. 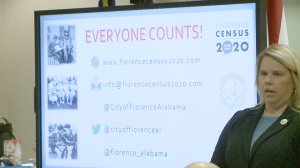 “39,426. It’s a number which has haunted us here at the city for the last 10-years, and that is not putting it lightly,” said Florence Planning Director Melissa Bailey.

When the city of Florence looks at services they provide, budgets it takes to provide said services, the population appears much higher than 39,000. Nearly 10-years ago, they believe they only captured 73% of the total number of residents.

“That Census information is used to determine the amount of money that is coming back to our area,” explained Bailey.

For the city of Florence, it is go time. In less than seven months, the nation's 2020 Census will take place. When it comes to that census number, a local government is stuck with it for a decade. 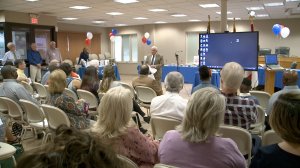 “It’s not just a headcount,” stated Bailey. “It truly means receiving our share of the tax dollars that our citizens are putting back into the economy. Bringing that back home is truly what this is about.”

Education and transportation are two categories which can see the biggest drop in funding if population numbers are not accurate. So the city is taking the next several months to educate citizens. They say it is safe and private, held confidential for 72 years.

The 2020 Census begins on April 1. This is the first time in census history that the forms can be filled out on a smartphone or tablet.

COLBERT COUNTY, Ala. - A Mississippi man was killed in a crash Saturday morning.

What happens to the Valentine’s Day flowers that don’t get sold?