TUSCUMBIA, Ala. (WHNT)  – Tuscumbia Police are looking for two men who broke into two businesses in one night.

Investigators have surveillance video from the night of Oct. 26. Those videos show two instances of vandalism and one theft.

A man broke through the door of the Chevron gas station on Dickson and 6th St.  Video shows him jumping behind the counter and leaving with a tray full of cash. Investigators say it was $104.

Less than an hour later, video shows a man trying to break into the Helen Keller Library. They are not sure if it is the same man, but he is wanted for criminal mischief and vandalism. 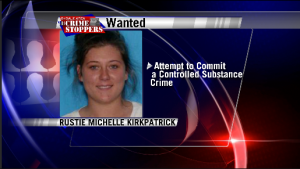 Rustie Michelle Kirkpatrick is wanted for four counts of Attempt to Commit a Controlled Substance Crime. 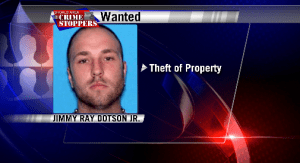 Investigators are also looking for Jimmy Ray Dotson Jr. He has a Grand Jury Indictment for Second Degree Theft of Property. 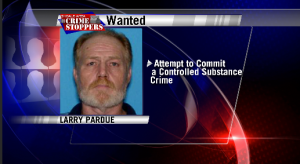 Larry Pardue is wanted for 8 counts of Attempt to Commit a Controlled Substance Crime.

FLORENCE, Ala. — The Florence Police Department needs the public's help in identifying a man who stole merchandise from Target on Cox Creek Parkway.

Police said the man entered the store on the evening of February 25 just after 7 p.m. A short time later, police said he walked out with more than $1100 of merchandise. Items included a Dyson vacuum, Dyson air purifier, and Casper Pillow.

Florence Police are also searching for Giovonni Tyreek Swinney. He's wanted on a third-degree felony theft warrant stemming from an incident on September 25, 2019.

And the search continues for Davontae Montrell Goodloe following a shooting at Cherry Hill Homes in February. Police said Goodloe should be considered armed and dangerous.

If you have information on any of these men, call the Shoals Area CrimeStoppers tip line at (256) 386-8685. Tips will remain anonymous and a cash reward is being offered for information that leads to an arrest. Tips can also be submitted using the P3 Tips app on iOS and Android devices.

Your grocery bill will likely be more expensive this month