MUSCLE SHOALS, Ala. – Caught on camera! Two men need to be identified for stealing two cars from an auction house in Muscle Shoals.

In the early morning hours of September 28th, these two guys managed to gain access to the car lot at North Alabama Auto Auction in Muscle Shoals.

According to Muscle Shoals police, they managed to get two cars started, but ran into some problems when trying to steal them.

Their predicament – a gate stood between them and the free world. After a few minutes of trying to get it open, the driver in a black Pontiac G-6 drove through it.

After picking up his back-pack, the other guy jumped into a Chevy Trailblazer and followed suit.

Muscle Shoals police would like to figure out who these thieves are and they have others for this week’s most wanted. 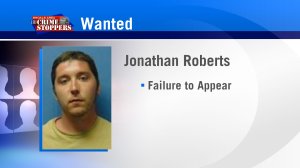 First in this week’s most wanted is Jonathan Roberts. Police say he failed to show up in municipal court. 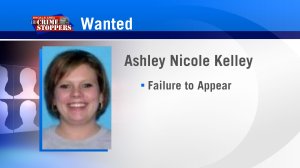 He is followed by Ashley Nicole Kelley. She has a failure to appear warrant as well. 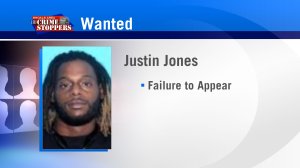 The last warrant Muscle Shoals police have this week is for failure to appear is Justin Jones. If you have a case in municipal court, you have to show up.

Help Muscle Shoals police get all of these people into custody.

For your help, the Shoals Area Crime Stoppers give out rewards each month to the first tip that leads to an arrest.