RUSSELLVILLE, Ala. – The Russellville Police Department is trying to identify two people thought to be responsible for multiple thefts. They are releasing their pictures in hopes of putting them behind bars. 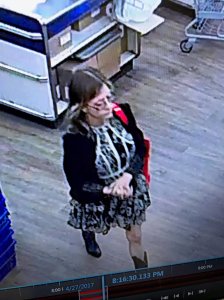 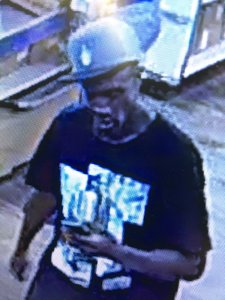 This is one of the people Russellville police would like to identify. Investigators said she has visited a local grocery store several times, taking items out without paying.

According to investigators, she may have been helped by this man. The surveillance photos were captured in late April.

Be the one who helps Russellville police put an end to this shoplifting spree.

Russellville police would also like to get cuffs on these three. 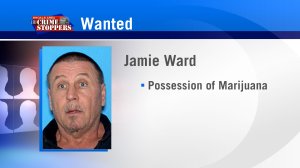 Jamie Lot Ward may be surprised to find out he is wanted on a grand jury indictment for      possession of marijuana. 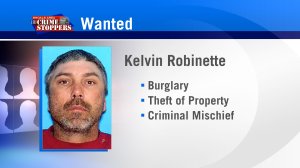 Kelvin Swain Robinette is wanted on charges of burglary, theft of property, and criminal mischief. 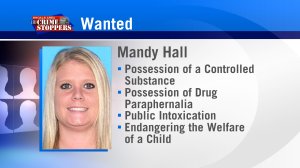 Mandy Gail Hall wraps up the most wanted with numerous warrants. They include possession of a controlled substance, possession of drug paraphernalia, public intoxication, and endangering the welfare of a child.

Your calls and text messages are anonymous and worth a cash reward.

Call or text the Shoals Area Crime Stoppers right now with your tips. To speak with a tip line operator, call (256)386-8685.

For those who wish to text the tip to 274637 (CRIMES) and your information. Make sure to reference which case you are messaging operators about.

MUSCLE SHOALS, Ala. — The Muscle Shoals Police Department is looking for Anthony McKean of Centerville, Tennessee.

He has warrants in connection with the theft of a trailer. The trailer was stolen in Muscle Shoals and taken to Tennessee. However, McKean wasn’t as slick as he thought. The license plate to the dark Chevy Suburban he drove away in was caught on surveillance video.

TUSCUMBIA, Ala. — In February of 2020, hearts were shattered when Tuscumbia Police made a devastating discovery on Davis Court. 83-year-old Mary Malone was found murdered inside her home.

Seven months have passed and the Tuscumbia Police Department is still investigating.

LAUDERDALE COUNTY, Ala. — It’s been a year and a half since Bradley Eugene Lard was last seen. Eighteen long months that a mother has had to go without hearing her son’s voice. The only question the family wants answered—what happened to him?

Bradley was last seen just before his birthday in March of 2019.