MUSCLE SHOALS, Ala. (WHNT) – Muscle Shoals Police investigators need your help identifying the man who they said robbed a convenience store at gunpoint Tuesday night, then put the clerk  in the cooler.

Surveillance cameras at Listerhill Station caught a man walk into the store, hiding what police said is a gun under his shirt. You can see him demanding money from the clerk.

After the clerk handed the man the cash in the register, investigators said he walked the woman to the back cooler, before heading out the door. In a bright red hat and colorful attire, investigators hope you might recognize the cold-hearted thief, and call the Shoals Area Crime Stoppers tip line anonymously — the number is (256) 386-8685.

Florence Police are working to track down a few of this week’s most wanted. 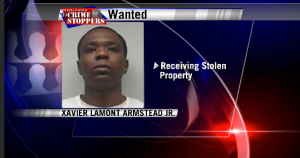 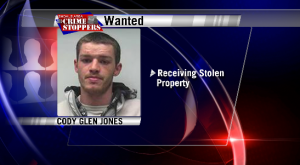 Also wanted for receiving stolen property is Cody Glen Jones. Florence Police investigators are working to track down the duo. 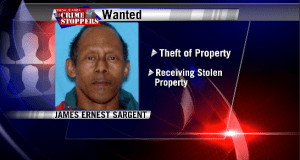 Russellville Police investigators said James Ernest Sargent has also been receiving some stolen property. He’s wanted on a grand jury indictment for that, and theft of property.

All of your tips are anonymous and could be worth up to $1,000 if they lead to an arrest.

Family offering reward for information into the death of beloved family pet, Sushi

TUSCUMBIA, Ala. — A Tuscumbia family is heartbroken over the loss of a family pet and Police say foul play is suspected in its death.

Dr. Mark McIlwain and his family are devastated by the loss of their beloved family pet, Sushi. McIlwain said the family was nursing the baby goat when the mother couldn’t.

TUSCUMBIA, Ala. — It’s been seven months since Tuscumbia Police reported that 83-year-old Mary Malone had been murdered.

Malone was found dead inside her Davis Court home on February 7. Police ruled her death a homicide and have spent months investigating and interviewing people in the community for possible leads.

In a surveillance video posted to the department’s Facebook, you can see the two enter a Florence convenience store.

“Looters will be shot” sign warns in Baldwin County

Hurricane Sally reveals ship that was submerged for decades

Decatur officials encourage getting flu shot ahead of flu season

VIDEO: Thousands of starfish wash up on Navarre Beach after Hurricane Sally

Justice Ginsburg to lie in repose at the Supreme Court & U.S. Capitol

Nearly 100,000 businesses have permanently closed since March. Yelp says these are the hardest hit shops

330 elephants in Botswana may have died from toxic algae