LIMESTONE COUNTY, Ala. – A cooler not cool enough, some missing paperwork, and an ice machine that needed a good cleaning were reasons a few ethnic eateries were docked points in this week’s Restaurant Ratings.

Saffron Indian Restaurant at 12090 County Line Rd in Madison was inspected on October 30th. The eatery was written up for broken knives and strainers in the kitchen and a dirty ice maker. The inspector says three days later, the equipment was thrown out and ice maker was clean.

El Azteca at 1316 Jefferson Street in Athens was inspected on Halloween. The inspector found improper temps in the food cooler and beef kept at 54 degrees. The inspector says the restaurant threw out the meat and corrected the problem.

In Florence, Taco Mama on Cherry Street was inspected on October 30th. The eatery was flagged for not having food service worker illness training sheets available and improper hand washing before working with food. 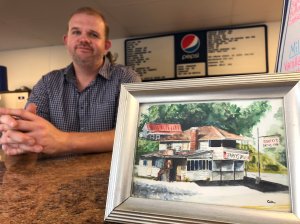 If you know your way around Tuscumbia, you’ve likely been to Sparky’s Drive-In. The place has been around for over 60 years and they’re known for their smoked bologna sandwich.

Smith’s parents bought the eatery at 701 Old Lee Highway over 20 years ago. He then rebuilt the place after a drunk driver slammed into it in 2012. Still, you can order anything off the menu of burgers and shakes without breaking the bank.

“We usually go through about 15 hundred footlong hot dogs in a week,” Smith said.

Mom and dad are gone now, but Smith and his workers carry on the legacy. Many of their loyal customers are on a first name basis.

“I know what you’re going to order before you get it. And I love that,” Smith said.

In their recent inspection, Sparky’s scored a 98.

In the past, you may have seen Sparky’s spelled with an ‘e’ on the end.

Smith says that happened years ago thanks to a misprint by the soda company who made the restaurant’s sign.