Skip to content
This is an archived article and the information in the article may be outdated. Please look at the time stamp on the story to see when it was last updated.
(CNN) — Matt Bevin, the controversial Kentuckian who attempted to dethrone Sen. Mitch McConnell last year, orchestrated a remarkable political comeback on Tuesday to win the state’s governorship.

Bevin, a Republican often at odds with more mainstream elements of his party, managed to solidly beat Conway in a race that Bevin was not expected to win by any significant margin.

In Mississippi, incumbent Republican Gov. Phil Bryant easily won his re-election against Democrat Robert Gray, a truck driver. The contest was pushed to the background, however, by a clash over a constitutional amendment that would allow voters to sue the state to boost funding for public schools.

In Virginia, Democrats failed to capture control of the state Senate, where Republicans maintained the same narrow 21-19 majority they held before the election. Democratic Governor Terry McAuliffe had campaigned aggressively in the run up to Tuesday’s elections, seeking to flip control of the senate in order to advance key parts of his legislative agenda, in particular an expansion of Medicaid, and to build support for his longtime ally Hillary Clinton before 2016.

Meanwhile, heated debate surrounding an effort to defeat a LGBT rights law in Texas could become hot fodder for the presidential candidates, a billionaire is backing a major effort to protect Big Game, and voters in Seattle are weighing a unique answer to the problem of money in politics.

Here are some of the issues being decided Tuesday and that are sure to be dissected in the aftermath as pols, pundits and the press look for clues to what the results all mean in the 2016 contest for the White House:

In Ohio, which was weighing a series of ballot initiatives that could have paved the way to the legalization of recreational marijuana, voters turned down the measure, CNN projects. Issue 3 would have effectively given a few businessmen a monopoly on cultivating the drug, which would have been sold at a limited number of places for sale in the state.

Nick Lachey, the onetime lead singer of 98 Degrees, and other investors are behind ResponsibleOhio, the group that was pushing an initiative to legalize marijuana for recreational use in the Buckeye State.

“The people of Ohio have understandably rejected a deeply flawed, monopolistic approach to marijuana reform that failed to garner broad support from advocates or industry leaders,” said one of those advocacy groups, The National Cannabis Industry Association. “This debate has shown that there is a strong base of support for legalizing, taxing, and regulating marijuana.”

The amendment would have permitted anyone 21 and older to hold up to an ounce of pot for personal use. With a $50 license, they could have housed eight ounces of harvested pot and four plants.

Also on the pot front, Colorado voters are deciding what they want to do with the millions in revenue raised from its sale — return the funds to taxpayers or use it to pay for school construction and other things.

On Tuesday afternoon, the Clinton campaign joined the fray, responding to a baiting tweet from Texas Gov. Greg Abbott, a Republican, that urged Houston to “vote Texas values, not @HillaryClinton values.”

The law passed by the city last year to protect lesbian, gay and transgender people, but Tuesday’s vote repealed it.

In recent months, the campaign to undo HERO has become a focal point for the right, which has spent millions and recruited an assortment of local celebrities to their cause, including former Houston Astros star outfielder Lance Berkman.

“My wife and I have four daughters,” Berkman said in an ad paid for by the Campaign for Houston PAC, which is seeking to repeal HERO. “Proposition One would allow troubled men to enter women’s public bathrooms, showers and locker rooms.”

Supporters of the ordinance bristled at the claim, calling it fear-mongering against transgender men and women.

How would you like some coupons to spend on your favorite candidate?

That’s what Seattle voters will now receive after the successful passage of the “Honest Elections” referendum, which was introduced to diminish the influence of money in politics.

“Initiative 122” will radically transform the financing of local campaigns. Under the measure, voters will each be given $100 in “democracy vouchers” — four each, at $25 per — to be shelled out to the candidates of their choice.

It will also lower donation caps, ban contributions from corporations with significant city business interests, increase transparency and increase fines for electoral wrongdoing. Furthermore, officials who leave office will be required to spend three years on the sidelines before becoming eligible to register as lobbyists.

Washington: A push to save endangered animals

This one’s for Cecil the Lion, the big Zimbabwean cat killed in July by a dentist on safari from Minnesota.

Washington state’s Initiative Measure 1401, which was resoundingly passed by a greater than 2-to-1 margin Tuesday night, criminalizes “selling, purchasing, trading, or distributing certain animal species threatened with extinction,” raising the bar beyond where laws already on the books in New York, New Jersey and California have previously gone to protect Big Game.

The measure is the brainchild of billionaire Paul Allen, a Microsoft co-founder, who has sunk millions of dollars of his own money into the campaign.

Opponents, including the “Legal Ivory Rights Coalition,” had knocked the proposal for going too far. The group’s website blared “It’s Not What They Say It Is!” warning that grandmas looking to pass along their “antique” ivory will be made into criminals under the measure.

Not complaining about the initiative’s passage: Elephants and rhinoceroses — often hunted for the ivory in their tusks and horns — along with lions, tigers, leopards, cheetahs, marine turtles and sharks that are among the threatened species that supporters say would be helped by the referendum.

Texas: The NRA bags its prize

On the other hand, Texans with a taste for “hunting, fishing and harvesting” got a constitutional boost on Tuesday, as voters there resoundingly passed Proposition 6.

The amendment makes it more difficult for activist groups to push through new legislation or regulations aimed at expanding protections for animals or delicate ecosystems. The NRA lead the way in lobbying for its passage, with groups like the “Dallas Safari Club” also boosting the cause.

With the measure’s passage, Texas became the 19th state to guarantee its residents a constitutional right to hunt and kill almost all manner of wildlife and the freedom to catch and “bag” as many fish as they can haul back home. 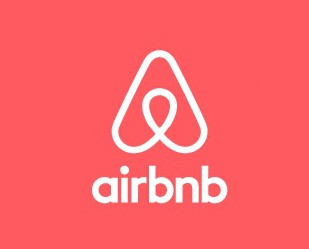 Airbnb, a vanguard of the so-called “sharing economy,” won a decisive victory in Tuesday’s elections when San Francisco voters rejected a measure that would have
critically limited the company’s ability to operate in the city following a furious lobbying effort from proponents of both sides.

Referred to as “Prop. F,” the defeated measure proposed a citywide ban on what are known as “short-term rentals.” If successful, Prop. F would have effectively crippled Airbrb, the profitable hub for homeowners and renters who profit from leasing out rooms or houses to travelers for below market rates, in its hometown.

The company had locked horns with the left over the measure, which activists supported amid growing tension over the lack of affordable housing in a city wracked by skyrocketing real estate prices. Rent and home sale prices in San Francisco have shot up in recent years, along with evictions, and critics say the fault lies, at least in part, with wealthy buyers who purchase housing for the express purpose of leasing it out for a quick profit.

But for now, at least, Airbnb will be able to remain in its home.

Alabama Secretary of State John Merrill has confirmed there will be no direct mail voting in Alabama in the 2020 election.

In a response to a tweet from President Donald Trump, Merrill said absentee voting and physically heading to the polls will be the only option:

MONTGOMERY, Ala. (AP) — Jeff Sessions pushed back at President Donald Trump’s criticism Saturday, telling Trump that he was “damn fortunate” Sessions recused himself from the Russia investigation.

MONTGOMERY, Ala. (WDHN) — Governor Kay Ivey signed the General Fund budget, the Education Trust Fund, and the PSCA bond bill after the Alabama House and Senate approved the executive amendment on how the state needs to use its federal coronavirus relief funds.

"I appreciate the hard work of the Legislature during an unprecedented Regular Session," said Governor Kay Ivey. "While we have yet to know the full impact of COVID-19 on our state, these budgets will ensure continuity of government, while being fiscally responsible. There is more work to be done, and I look forward to working with the Legislature in the days ahead.”