MONTGOMERY, Ala. — The Alabama Senate decided Friday afternoon it wouldn’t take up the lottery bill passed by the House Thursday night, effectively killing a lottery bill for the 2016 legislative special session.

It was a stark reversal from early this morning when the House, after hours of debate, passed a lottery bill. Friday morning talk focused on whether the bill could be put on the ballot Nov. 8. 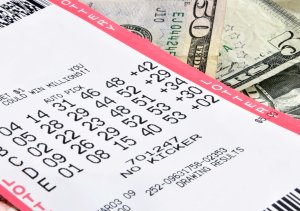 But the House’s version was slightly different than the measure passed a week ago by the Senate and the two had to be reconciled. Both versions allocated 90 percent of lottery proceeds to the state’s general fund, 10 percent for education and the first $100 million to Medicaid.

But the House also set aside 1 percent of revenue for volunteer fire departments and defined the lottery this way: “The Alabama Lottery shall include only the sale of lottery tickets.”

Democrats in the Senate complained about various aspects of the bill, including that it didn’t provide lottery gaming options for dog tracks in the state.

Sen. Jim McClendon, R-Springville,  the bill’s sponsor, said following the vote the lottery was dead for the special session. Some senators blamed “casino interests” for derailing the bill.

So, no lottery bill out of special session, even though House and Senate passed lottery bills. "Casino interests" being blamed. @whnt