MORGAN COUNTY, Ala. – The Morgan County Sheriff’s Office, along with the Alabama State Fire Marshal‘s Office continue to investigate an early morning house fire Tuesday that claimed the life of a mother.

Calls came in around 2:30 a.m. of a house fire at the corner of Highway 67 and Apple Grove Road in the Joppa community. Morgan County Sheriff Ana Franklin confirmed that Lamons lived in the home with her mother and her 9-year-old daughter, Cynthia.

When firefighters arrived, they found the home engulfed in flames.

As they were working to put out the fire, officials said they found Lamons dead inside the home. Family members say that Kimberly and her mother made it out of the home, but realized Cynthia was still inside so she went back into the blaze. 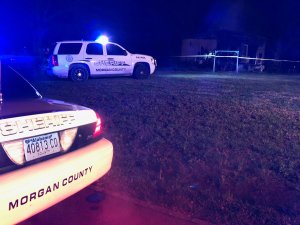 It took crews from Rock Creek and Tri-County about two hours to put out the flames.

The 9-year-old girl was transported to Huntsville Hospital for Women and Children but has since been released.

Authorities believe the cause of the fire is suspicious and are actively investigating it as arson and murder. Sheriff Franklin tells WHNT News 19 they have a person of interest who is in custody on unrelated charges. Capital murder charges could be brought against the person arrested if investigators determine the fire was set intentionally.

MADISON, Ala. - A Madison resident who recently lost two family members in India to the COVID-19 virus wants to share a warning for North Alabamians.

HUNTSVILLE, Ala. - A collaboration between Alabama A&M and Straight to Ale has been brewing for about two years now, and soon, we will be able to try the signature beer students invented with the help of Straight to Ale's brewers.

They're not quite ready to unveil the name of the beer, but they say the taste is one everybody over the age 21 can enjoy.

CLEWISTON, Fla. (NewsNation Now) — Police are investigating after a principal initiated corporal punishment by paddling right in front of a little girl's mother.

Brent Probinsky, the mother's lawyer, said she got a call from the school last month, saying her first-grade daughter caused $50 worth of damage to a computer.

How to get a $50 discount on your broadband bill

Alligators are becoming more common across North Alabama, here’s what you should know