Keshia Gardner is many things. She’s a caring mother and wife, a hard worker, and she plays the role of family clown. Oh, and she also just so happens to be a viral internet sensation.

You’ve probably heard of Adele’s “Hello.” Well, Keshia wrote her own Adele parody in the spirit of some fast-food munching. It goes like this:

“Hello….it’s me. I’ve was wondering if you would like to go with me to eat…a cheeseburger, and fries…Hello from the fluffy side…I like burgers and chili fries…and a milkshake with extra caramel and nuts, but don’t worry because I’ll do extra squats tomorrow….!”

Keshia first went viral when she posted a picture of herself jumping for joy at the idea of her kids going back to school. 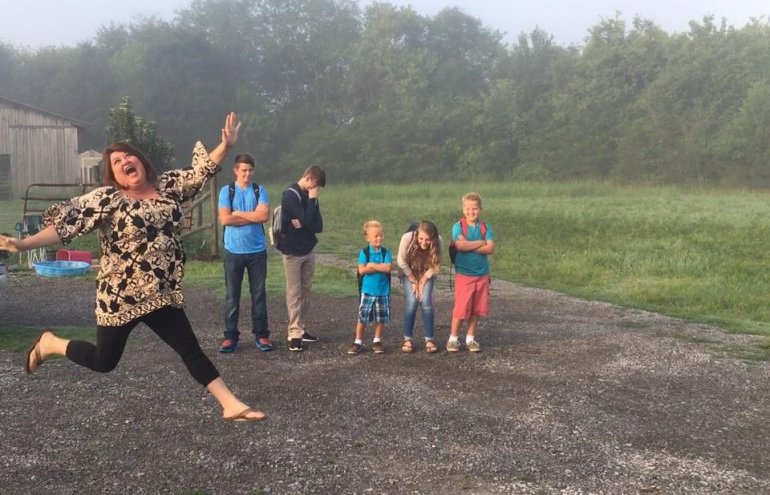 Keshia’s Adele parody was inspired by dressing up as Adele for Halloween.

“I love Adele,” Keshia said. “And I sing a lot of her stuff just around the house. Me and the kids, we just belt it out. I went and had my makeup done, and got lunch and it just kinda happened. I made it up in like 2 seconds.”

The video went international in a matter of days. To her family, another viral hit was no surprise.

“For people to call me and say hey, your wife’s on social media again, doing this and that, it’s no surprise,” said Keshia’s husband, Andy Gardner. “She’s just a goofball. You can say anything you want to say driving down the road and she’ll make a song out of it.”

But Keshia and her family are the first to say it’s not the fame that’s flattering, it’s the inspiration it gives.

“I had these thousands of messages come flooding in, from people who said you made me laugh for the first time in a long time or people struggling with their weight and not feeling beautiful and they said I admire your self confidence and the way you smile,” Keshia said.

“She’s kind of like a hero. She’s not a fireman or police officer or anything, and she can’t fly. But, if you read the comments, some people have cancer and they can still know they’re beautiful. It’s crazy,” said Keshia’s daughter, Emily Gardner.

“It’s social media. You’re out there in front of a lot of eyes, you don’t know what they’re thinking or what they’re going to say,” said Keshia’s son, Brandon Gardner. “They could say something really mean, and you just keep on going I guess.”