ARAB, Ala. - A Marshall County man is charged with DUI following the fatal crash that happened over the weekend in Arab, and more charges could be pending. 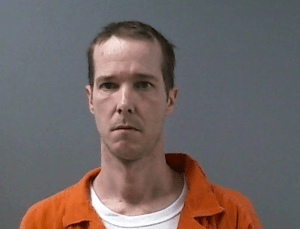 Officers charged Jeremy Jones with DUI. Monday morning, he was in the Arab City Jail.

Ralston said preliminary information suggests a Mitsubishi truck was traveling South on U.S. 231 and ran a red light, striking a red Toyota car. Nicki Penn was a passenger inside the car. "She was killed," Ralston said, "The driver of the Toyota, her husband, was airlifted to Huntsville Hospital, and the driver of the Mitsubishi truck was brought to the Arab City Jail where he was charged with DUI."

Jones could face more charges. "We're also waiting on toxicology on the driver of the truck," Ralston said.

Penn was an Arab city employee in the Parks and Recreation department. She worked for that department for about two years.

Eric Hayes, Parks and Recreation Director, said in a statement to WHNT News 19,  "She is very well liked and respected by Co-workers and the Citizens of the Town. Every time she walked into a room she brought in positive energy. She loved her children and her husband Greg. She will be dearly missed."

"Nicki was a great person," Hayes added, "She would come in, she would light up the room. Great personality. She loved her kids, her husband, her family."

"It's hit the department very hard," he said.

Penn leaves behind four young children. Her husband is home now, recovering. Hayes asks that folks keep them in their prayers. "It's going to be some big shoes to fill," he said, "Very touching. She was an amazing person."

Visitation will be Tuesday, March 26th beginning at five o'clock for family, and then continues from 6-8. Penn's funeral will be held on Wednesday. Both services are at the Arab Heritage Memorial Chapel. In lieu of flowers, the family asks for donations to cover funeral expenses. Those can be made out directly to the memorial chapel in Penn's name.

The Guntersville Police Department and the Alabama Law Enforcement Agency are aiding in the traffic homicide investigation.

The wreck impacted the traffic signal there at the intersection, but it was fixed Monday night.

Tommy Tuberville talks about why he chose to run for U.S. Senate