The Miles and Longs were all members of the same family, Smith said. He added they did not expect to find any other victims. 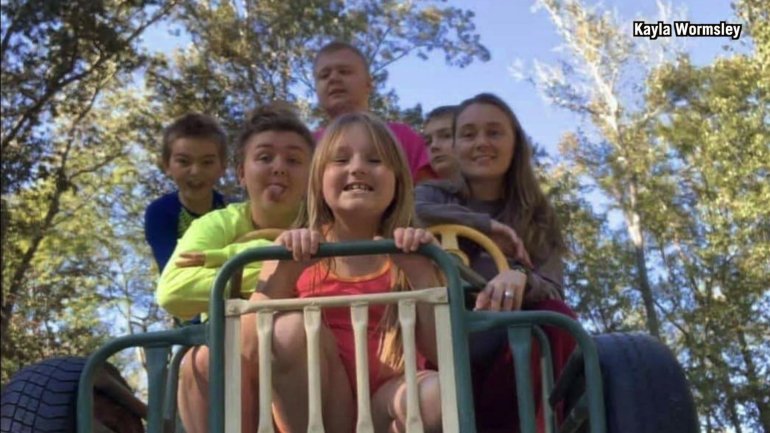 Smith said they had identified a 40- to 45-foot sunken boat where they believe the fire originated and they were in the process of removing it from the water. That boat would be removed first, he said.

Salvage operations are expected to take weeks, according to Smith.

“There’s a lot of debris out there,” Smith said. “It has to be removed in a certain way, and of course the environment has to be a factor in there too.”

Jackson County Sheriff’s Office Chief Deputy Rocky Harnen told WHNT News 19 that the boat was discovered close to the shoreside of the dock around 5:45 p.m. Wednesday.

Tow Boat U.S. employees had been looking for it all day and originally thought it was farther out into the water.

Amanda Foster and Yancy Ferrell Roper were among the 8 killed. Annette Miles and her five children: Zane, Bryli, Traydon, Kesston, and Dezli were also killed in the heartbreaking fire. Annette’s husband Joe was able to get away.

Joe’s sister-in-law shared pictures of the family with WHNT News 19. She also created a GoFundMe page to help with funeral expenses.

“To find out that your sister has passed or your daughter, in my mother’s case, has passed is tragic. There’s no way around it. It’s the most devastating feeling in the world,” said Amanda Foster’s sister Monica Howard.

She told WHNT News 19 through video chat Wednesday that she was shocked to hear about her sister’s death. “It was really hard to accept. Especially being that she was just on Facebook. We had all talked to her the day before,” said Howard.

Howard said Foster had gotten on to Miles’s boat and was trying her best to save the kids. “You start talking to witnesses and to hear how heroic her last moments were was kind of a way of god surrounding us and trying to let us know that he had her protected,” explained Howard.

Foster leaves behind four children. Howard said her sister was visiting her friend and his roommate at Jackson County Park when the fire broke out.

The deaths also weigh heavy on first responders. “This is going to be one of those things they carry with them the rest of their lives. When children are involved, that magnifies what you feel,” said Jackson County EMA Director Paul Smith.

The NTSB, ATF and members of the U.S. Coast Guard told WHNT News 19 they get involved after what’s called a major marine casualty, which is six deaths.

They are on a factfinding mission with local and state agencies conducting interviews with the dock managers and boat owners.

“With the tragic loss of life like this, we need to know how something like this happened so we can prevent it in the future,” said ATF Assistant Special Agent in Charge David Hyche.

Underwater salvage divers say it could be anywhere from 10 to 15 days before they are finished getting all the boats and other debris out.

Foster set up this GoFundMe account to help Foster’s children now that their mother is gone.

She told News 19 on Thursday that managing the coronavirus pandemic is a balancing act between keeping people healthy and maintaining the economy, so she says this extension is “absolutely” the right thing to do.

MARSHALL COUNTY, Ala.- As more COVID-19 vaccines become available for Alabamians, a new struggle appears: having enough staff to administer it.

However, the City of Arab is among many others in northeast Alabama that are planning to help fill those gaps.

GUNTERSVILLE, Ala. - More than 184,000 people have been given the coronavirus vaccine in Alabama as of Jan. 19, 2021. Hundreds have received it in Marshall County at a walk-in clinic at the health department.

Clinic supervisor Sara Shelton told News Wednesday that around 900 people so far have gotten the first dose of the Moderna COVID-19 vaccine.

It’s Official! The Cheesecake Factory is coming to Huntsville