JACKSON COUNTY, Ala. – Jackson County officials say they were forced to call back up from another county after a standoff lasted for several hours in Paint Rock. 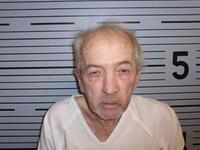 Deputies responded to a home on County Road 1 around 5:00 p.m. on Wednesday night after neighbors reported a man firing a weapon at houses and cars. When deputies arrived, they said they could hear shots being fired from inside the home and the man locked himself inside.

According to the Sheriff, deputies tried to talk the man out of the house but he would not respond and eventually, they contacted the Madison County Swat team to gas the house.

Authorities arrested Timothy Summers on 8 different charges, including assault, firing into an unoccupied vehicle, and possession of drug paraphernalia.

Sheriff Phillips says this isn’t the first time deputies have confronted Summers, he says they’ve dealt with Summers many times and have taken away his guns before but they were forced to return them after Summers was evaluated and cleared.

The Sheriff's Office has confirmed the hiker has been found and they are working to get him out of the woods.

MARSHALL COUNTY, Ala. - Marshall County commissioners made history Wednesday by approving a renovation bid for the county’s first-ever animal shelter.

“Marshall County is 200 years old and never had an animal shelter in 200 years. So, this is the first time,” said commission chairman James Hutcheson.

MARSHALL COUNTY, Ala. - Many Marshall County parents have been anxiously waiting to find out if their children can head to the ballpark to play spring and summer league sports.

They were finally given some answers from Boaz Parks and Recreation and the Sand Mountain Park and Amphitheater.