FORT PAYNE, Ala. – Dekalb County authorities arrested a Fort Payne man after they said they found him with a large amount of stolen weapons.

The DeKalb County Sheriff’s Office said Lyles’ arrest was part of an ongoing theft investigation. At the time of his arrest, he had several stolen guns in his possession, authorities said. Several of them had been reported stolen earlier in the day from the Rainsville area, and others had been reported in other theft cases in the area, they said. 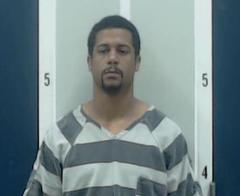 Lyles was charged with four counts of second-degree theft, one count of third degree burglary and probation violation.

DEKALB COUNTY, Ala. - The Superintendent of DeKalb County Schools held a conference Friday, July 3rd to present plans for the upcoming school year.

Superintendent Jason Barnett says they're ready to get kids back in school in the quickest and safest way possible. He says safety is first and things will look a little different.

MENTONE, Ala. -A north Alabama police officer says he is facing termination after complaints about two Facebook posts.

The mayor of Mentone confirmed to the Fort Payne Times-Journal that Ross Greenwood is on administrative leave, but could not be reached for comment.