FORT PAYNE, Ala. - Fort Payne City Schools is the first public school in the state to get electric-powered school buses thanks to a grant given by Governor Kay Ivey.

Two replacements will be fully electric, while two others will be low-emission diesel.

It takes about six months for the electric buses to be built.

The goal of the grant is to reduce nitrogen oxide emissions to offset environmental damage.

“We hope to run them on maybe some of our shorter routes in town and just kind of see how they perform, how many miles they do go, and how well they run and then kind of determine if we want to move them to a longer route or to a mountain route, so we'll just have to see how they perform when we get them,” said Fort Payne City Schools Transportation Supervisor Laran Adkins.

Part of the grant money comes from a settlement with Volkswagon after it violated the U.S. Clean Air Act in 2016. Alabama was awarded about $25 million in the settlement, which will be allocated over the next 10 years.

The Boaz Board of Education received just over $263,524 to replace four of its buses through the grant.

See the full press release from Gov. Ivey's office below: 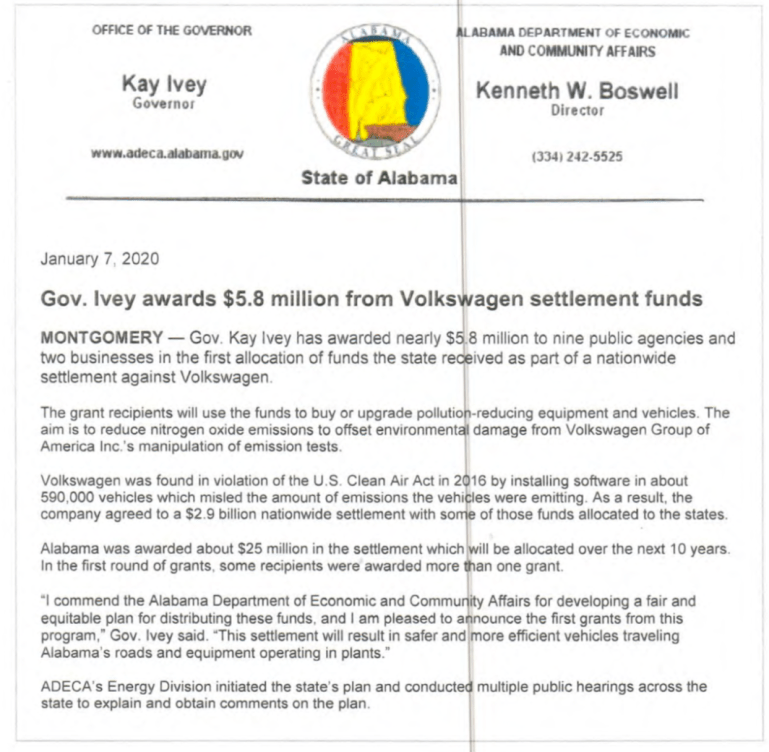 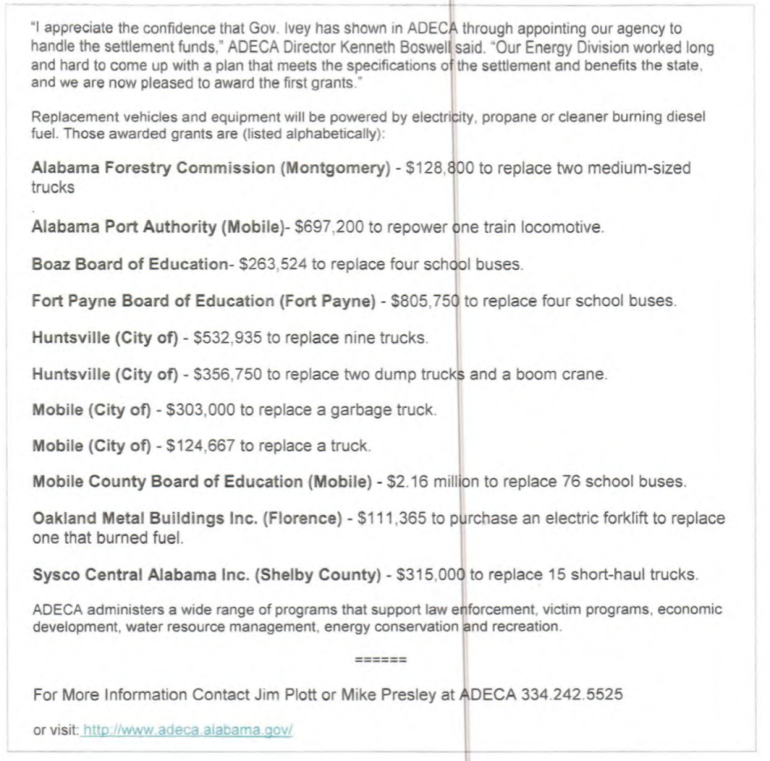 GUNTERSVILLE, Ala. – Members of the House of Salvation church in Guntersville are taking a step back in construction after the church was broken into for the second time in eight months. The money taken was for the building fund.

“The irreplaceable thing is not the property damage, it’s the people that gave and may have gave the only thing they had to the building fund, you can’t replace that,” said Pastor Greg Gilliam.

ALBERTVILLE, Ala. – Several graduating seniors made big commitments Wednesday in front of their peers at a first-of-its-kind ceremony.

They each took the oath of enlistment ceremony with U.S. Army colonel and NASA astronaut Andrew Morgan.

Poll workers will be testing “Poll Pads” during the March 3 primary election.

Exclusive poll shows Joe Biden with double-digit lead in S.C. ahead of primary

Woman accused of intentionally hitting someone with vehicle in Decatur

Toyota Field is done and ready for baseball