JACKSON COUNTY, Ala., – It’s been a month and a half since two starving dogs were found at a home in Bryant, and the difference is amazing. 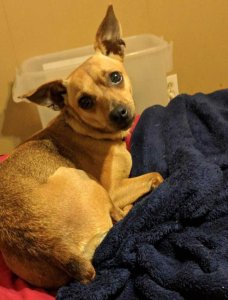 Jenny and Suzie have been recovering with foster families and visit the sheriff’s office periodically.

Their owners, Helena Michelle Moses and Joseph Lee Fisher, pleaded guilty to animal cruelty charges and surrendered the dogs. They are on probation and cannot own animals during that two-year period.

Per Sheriff Phil Sim’s recommendation, all Sheriff’s Office employees will get a one-time hazard payment of $400 on their next paycheck.

MARSHALL COUNTY, Ala. - Twenty one items were on the Marshall County Commission agenda Wednesday morning, many of which were for the Sheriff’s Office including updates to the ongoing jail renovation.

After a halt due to COVID-19, construction is continuing inside the Marshall County Jail.

BOAZ, Ala. – The City of Boaz has a new feature mural honoring local veterans. The main portion is finished, but the artists will be adding about 300 names of local veterans underneath.