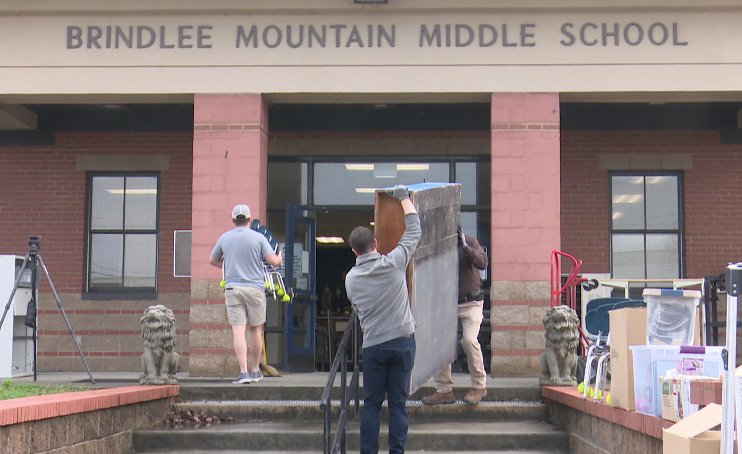 The Pre-K students will also return to class on Monday, January 27, at the Brindlee Mountain Elementary campus, according to Allen.

The post said the school will host a Student and Parent Orientation sometime over the weekend of January 24 through 26. Allen said the date and time will be announced later this week.

Allen said the staff will do their “very best to answer any questions or concerns.” The orientation will allow for questions to be answered regarding classes, car lines, traffic flow, and buses. Allen said parents will be able to meet with their child’s teacher at the orientation as well.

Staff members have worked through the weekend and will continue to work daily until classes resume to make preparations for the students, according to Allen.

GUNTERSVILLE, Ala. - The Alabama Bureau of Pardons and Paroles opened a new day reporting center in Guntersville to help local former inmates transition back into the community.

Byrne shook hands and spoke with potential voters about his accomplishments as a U.S. Representative in Washington and what he would accomplish as a senator.

MARSHALL COUNTY, Ala. - The Marshall County Sheriff is proposing an amendment to the bill passed in last year's legislative session that protects jail food funds from being misused.

Sheriff Phil Sims says Marshall County's Amendment One is a way to permanently fix the jail food money in Marshall County. Sims says it will ensure the sheriff can never profit personally from the fund again. It would also allow any excess funds to be used for the sheriff's office.

Scammers Create Their Own Political Robocalls to Trick Consumers into Donating

One of World’s Largest Transportation Companies Receives Influx of Complaints