LIMESTONE COUNTY, Ala. - The East Limestone High School band is headed to the "Big Apple."

118 students, 98 parents, and a host of teachers are preparing to fly to New York City on Saturday morning.

The band will be marching in the New York City Veterans Day Parade. President Donald Trump will lead the parade on Monday. 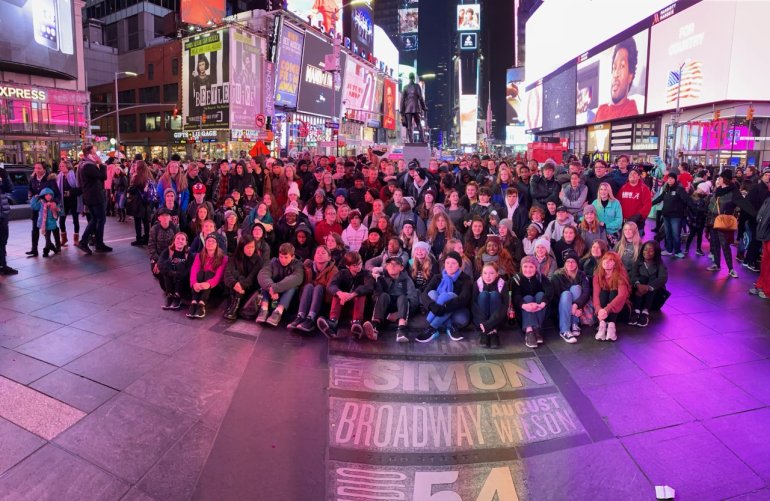 One band member said being a part of something so big feels amazing.

"It's an honor and a privilege to go to New York City and march in a parade to honor our veterans," said band member Ty Miller. "I know I have so many friends and family and people that I know who have served and I'm so grateful for them. Because without them I don't know what the world would be like today."

In the days leading up to the parade, the students will get to have a little fun. There's a Statue of Liberty tour, a tour of Ellis Island, and even a short cruise planned.

The band's instruments and uniforms have already been shipped out.

(CNN) -- The largest waterfall in Ecuador has seemingly vanished after a sinkhole swallowed part of its water source.

San Rafael Waterfall on the Coca River was a prominent tourist attraction for the country, and according to NASA, drew tens of thousands of people every year. The water dropped 150 feet into a crater-like opening on the other side.

COLUMBUS (WCMH) — COVID-19 has attacked the family of Kelly Conkey Billups with a vengeance. She has lost three family members in a matter of days and a fourth remains hospitalized.

The Ohio woman's brother, 51-year-old David Conkey, died Sunday in Mahoning County after testing positive a couple of weeks ago.

HUNTSVILLE, Ala.- Community members are using a unique way to gather and show support for essential workers on the front lines of the COVID-19 pandemic.