Morgan County District Attorney Scott Anderson filed a civil suit on Friday against Franklin over her use of county jail food funding.

Anderson said he filed the lawsuit to prevent Franklin from spending money that he says was improperly taken from the county jail's food fund. The suit also seeks to have Franklin repay money from the fund that may already have been spent. 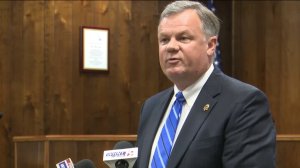 "Folks, this is taxpayer money," Anderson said in a news conference Friday afternoon. "And I felt duty-bound to file this lawsuit to protect the taxpayers' funds."

Franklin found herself in federal court last year, after a judge found her in contempt of court for taking $160,000 of jail food money and investing in a car dealership that later went bankrupt. Franklin returned the bulk of the money and paid a $1,000 fine.

That account still has a balance, according to authorities.

"It's my understanding there are $55,000 being currently held in that account," Anderson stated.

Morgan County's funding for inmate meals has been the subject of legal action for years, beginning in 2009 when a federal court order required then-sheriff Greg Bartlett to use all jail meal funds for healthy and nutritious meals. Alabama law allows other sheriffs to pocket extra money from jail food budgets each year. 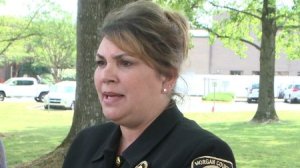 Anderson said instead of returning the money she took from the jail food account, Franklin put the money in a personal savings account that only she controls. He said there's no indication that the money was used to buy or prepare food for inmates.

Franklin has less than two weeks left at her post. The plea wasn't enough to force her from office.

Franklin's account was temporarily frozen with a restraining order, Anderson said, and a hearing about a permanent injunction will take place Dec. 28 in Morgan County Circuit Court.

ST. LOUIS -- Skyrocketing demand is wiping out Clorox disinfecting wipes, and they won't be fully restocked until next year, according to the company's CEO.

"Disinfecting wipes, which are the hottest commodity in the business right now, will probably take longer because it’s a very complex supply chain to make them," Clorox CEO Benno Dorer told Reuters.

(CNN) -- The US military has identified the location of the amphibious assault vehicle that sank last week off the California coast, killing eight Marines and one sailor.

The AAV was found Monday off San Clemente Island, the 1st Marine Expeditionary Force tweeted Tuesday. Human remains on board were identified using remotely operated video systems, according to the tweet.