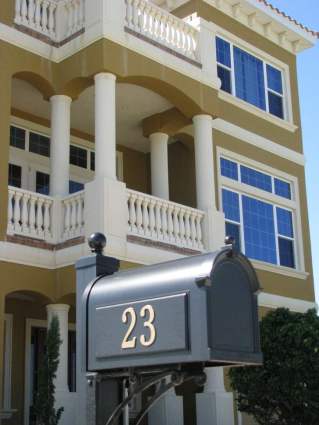 HAMMOCK DUNES, Fla. — A Missouri couple was devastated to learn their $680,000 dream home was built on the wrong lot inside a gated community in Florida.

“We are in total disbelief, just amazed this could happen,” Mark Voss, who owns a property management and real estate company in central Missouri, told The Daytona Beach News-Journal.

However, the three-story, 5,300-square-foot vacation home was built on the lot at 21 Ocean Ridge Blvd. that belongs to Andrew Massaro and his wife, Brooke Triplett, of Ocean Isle Beach, North Carolina.

The paper was unable to reach Massaro or Triplett for comment.

The error can be traced to the initial 2013 survey when misplaced stakes led to a series of errors over the next several months.

The homebuilder has contacted the two lot owners and is attempting to negotiate a settlement.

The mistake was discovered in September after the house had already been rented several times.

JACKSON COUNTY, Ala. — The last thousand-foot stack at the Widows Creek Fossil Plant came down Thursday morning in spectacular fashion.

The Tennessee Valley Authority set charges and blew out the bottom of the stack, bringing it crashing to the ground.

TAMPA, Fla. (WFLA) - A volunteer at Big Cat Rescue in Tampa was seriously injured on Thursday morning when a tiger she was feeding grabbed her arm and "nearly tore it off at the shoulder," officials with the organization said.

Hillsborough County Fire Rescue was called to the park located at 12802 Easy Street in Tampa around 8:30 a.m. for the incident. A public information officer said the person's injury was serious.

Walmart announces 4th round of cash bonuses for employees

What did you listen to most this year? Spotify and Apple Music providing personalized 2020 review