HUNTSVILLE, Ala. — A former Huntsville City Schools teacher is in custody after police said he pulled out a gun at a protest in Big Spring Park.

“He pulled out a gun. I saw him holding it out in front of him. We just started screaming for everybody to drop to the ground,” said Ava Caldwell, the event’s emcee. “We all dropped to the ground crying.” 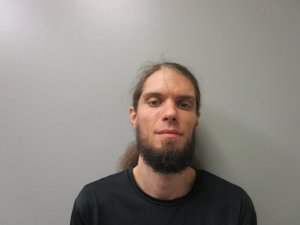 Huntsville City Schools spokesperson Keith Ward confirmed that Sealy previously taught at Grissom High School. Ward added Sealy has not worked for the school system in, “roughly two years.” Ward later added that Sealy had only been a teacher there for around 8 weeks in 2016.

Bond has not yet been set.

Police say no shots were fired and no one was hurt.

The ‘Families Belong Together’ rally is part of a Nationwide Day of Action protesting “the Trump administration’s policy of forcibly separating children from their parents and demand that separated families immediately be reunified,” according to their press release. Officials say the incident happened around 12 p.m. when the event began.

Police say an agitator, Sealy, came to the rally in counter-protest when he got into a verbal confrontation with someone at the protest. The two got in an argument and Sealy pulled out a gun, according to officials. “I guess you never really think it’s going to happen where you are,” said Caldwell.

Police were able to take Sealy into custody and no shots were fired. The Huntsville Police Department is reminding the public that you cannot have a firearm within 1,000 ft. of a protest.

The ‘Families Belong Together’ protest since resumed as planned.

ADPH: Use caution to avoid COVID-19 over 4th of July

ADPH: Use caution to avoid COVID-19 over 4th of July

The Spirit of Freedom Festival Returns Early to the …

US newspapers continuing to die at rate of 2 each …