MADISON COUNTY, Ala. – A man suspected of driving under the influence has been charged with fleeing the scene of a crash that killed a teenager on December 18.

Authorities charged Joshua Michael Getzinger, 45, with a felony, leaving the scene of an accident.

Getzinger is being held in the Madison County jail without bond.

The crash happened just before 5 p.m. on Maysville Road in New Market. 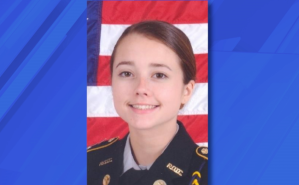 The crash report obtained by WHNT News 19 shows that Collier was traveling south on Maysville Road when Getzinger’s northbound Jeep crossed the center line and hit her car head-on. The report shows that the collision caused Collier’s Chevy Cavalier to spin into the northbound lane and hit a Ford truck.

State troopers confirmed that Getzinger drove away from the scene. Tennessee authorities later arrested Getzinger. He was transferred to the Madison County jail in Huntsville on Dec. 28.