BREAKING: City of Madison anticipates a license agreement with Ballcorp LLC (owner of Mobile BayBears) later this month. MiLB and MLB would also need to approve the agreement. @whnt

“We will work with Ballcorps and eventually come up with some sort of agreement which in turn both of us are comfortable with,” explained Madison Mayor Paul Finley.

Finley says a licensing agreement would help the city formulate a specific plan to relocate the team to Madison.

“How would we fund this venue? How would we make sure we are supporting them and in turn, helping us?” explained Finley.

The licensing agreement is separate from the official proposal to relocate the team. Both agreements would require Minor, Major, and Southern League approval.

“As we continue to go down the path, with multiple discussions in multiple ways, we’re getting closer and closer to a decision in the next couple months,” says Finley. 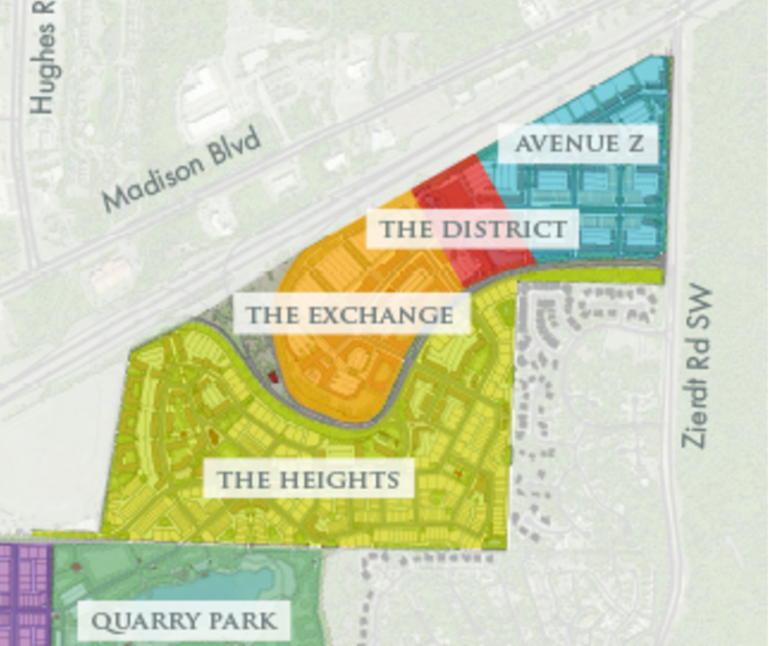 “The Exchange” labeled in orange, is where the stadium complex would stand.

The parking lot of the new stadium and multipurpose venue would run along the proposed I-565 on and off ramp, which was another point of contention during the work session meeting.

Breland Companies, the developer of Town Madison, is now asking for additional $18 million to complete the interchange.

“We want to see that happen. We want to make it as easy as we can for people to get there. One of the other things it does is it gives the developer the control to work with ALDOT to get it done as quickly as we can,” says Finley.

Finley explains if they wait for state funding, it could take years and an interchange is “jet fuel” to landing retail development that would surround a proposed stadium.

The additional 18 million wouldn’t be paid by the city up front, rather Breland would collect the money in sales, liquor, and property tax revenues.

“Putting the risk on the developer to bring it out of the ground, but giving them the infrastructure that they need to do that, works together to make that happen. I think this council wants to hear more to make sure that makes sense and to make sure we do it right,” he says.

Moving forward, the council is still waiting for the market and revenue study, architectural schematic, and engineering analysis to be completed.

In other words, several more innings to go before building a stadium even comes to a vote.

The city expects the licensing agreement with Ballcorps, LLC to be ready for review by the end of the month.

They also hope to hire a contractor to start work on the interstate entrance ramp by the end of January.

Here’s what you should know about monkeypox in TN

Man charged in drug operation out of Atlanta