HARVEST, Ala. – The Madison County Sheriff’s Office is working an accidental death investigation at a home on Berrycreek Drive in Harvest. 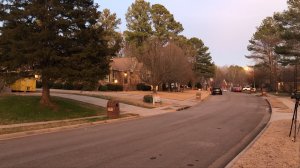 HEMSI spokesperson Don Webster said a child under the age of 12 was taken to Huntsville Hospital’s Madison ER via HEMSI, and the child later died from their injuries.

Webster said HEMSI responded to the call at 2:47 p.m. on Sunday.

MADISON COUNTY, Ala. - Parents of students in the Madison County School System have a better understanding of the system's reopening plan. The system released the detailed plan on Monday after some final discussion at the board meeting on Thursday.

Stay safe in the heat with tips from HEMSI

HUNTSVILLE, Ala. - It's officially the dog days of summer in the Tennessee Valley - the forecast is calling for intense heat with "feels like" temperatures hitting triple digits for the first time in 2020.

And with the COVID-19 pandemic, HEMSI spokesman Don Webster says heat safety is more important than ever.

MADISON, Ala. - Times have been hard during the pandemic, but a group in Madison is working to help those impacted while also memorializing their community's strength.

The Madison Visionary Partners call it the Madison River of Hope. It's a garden made out of painted rocks by different members of the community.