MADISON, Ala. – Madison’s baseball team is about to have a stadium and infrastructure at Town Madison, but now it is time to narrow down the list of possibilities for what the team will be called. Today, BallCorps released a Top 10 list of community-submitted names and you can vote on your favorites.

BallCorps, LLC., which owns the Mobile BayBears, is planning to relocate the team to Madison. Below is the list of names it released, and the reasons why those names were chosen. The list is in alphabetical order and does not include the names of the citizens who submitted them: 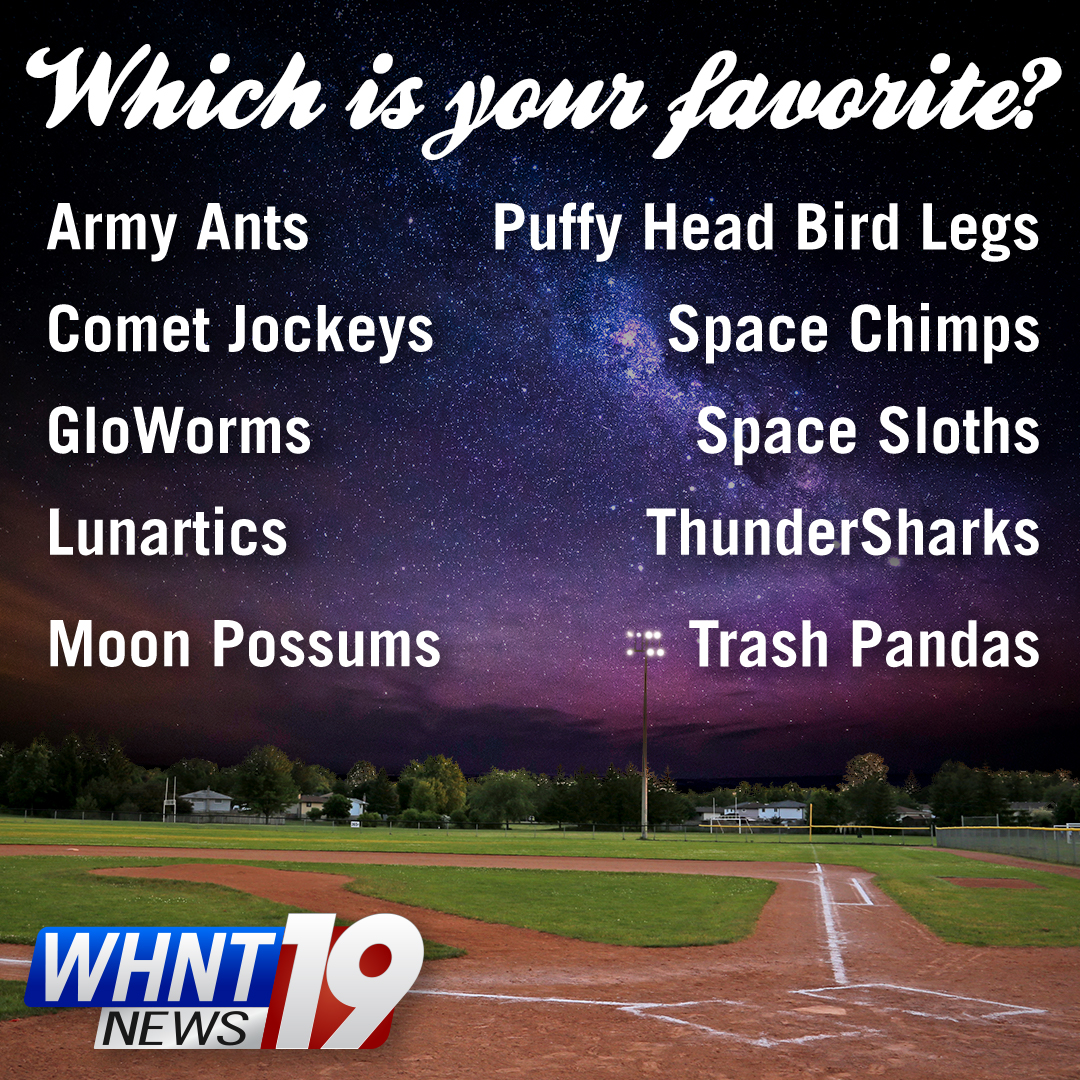 Continue reading to learn how to vote on your favorites.

BallCorps is working with Brandiose, the branding group behind the Jacksonville Jumbo Shrimp and the El Paso Chihuahuas. Ralph Nelson, Managing Partner, said Brandiose boiled down your suggestions from nearly 3500 names to this list of 10 based on several factors.

“We look at the names, and we ask, ‘How will a logo look? How will a mascot look? How do you sell that particular thing? Are people going to enjoy themselves?'” he said.

Nelson said many of the names submitted for the contest were duplicates. Out of nearly 3500 entries, 900 were unique names.

The number one name submitted was the “Rockets” with 163 submissions. “Missiles” was second at 137 submissions.

“I’m sure people, when they first see the list, people are going to say, ‘I’m not sure any of those make sense to me.’ And some of these names didn’t make sense to me when I first heard them! But there were conversations and discussions, and the more I learned the more I realized that these were the right 10 names to put out to the community,” he stated.

But leaders say controversial, quirky and edgy team names are now the trend in Minor League Baseball. That’s why Brandiose chose these 10 submissions for the list.

“Team names are often disliked when they first are announced. It’s just the way it goes. And then the names start to really grow on people, and I think that’s what we are expecting here,” Nelson explained.

The TOP TEN TEAM NAMES are out!
Time to vote! https://t.co/rlEW2AnmaG pic.twitter.com/mYp7QVHEif

There’s another aspect to voting. Not only will you be asked what your favorite team names are, but you will be required to choose a “team identifier” before submitting your choices.

Nelson said BallCorps will ask, on the submission form, whether to refer to the team as from Madison, North Alabama, or the Rocket City.

“We are still working on that,” he said.

Those were the top three identifiers from the previous Name the Team contest, according to Nelson. He said they want to further discover how the community feels about what area the team should claim.

Nelson said there, you will find a form explaining the Top 10 names. You will be able to choose your favorite team name and the Team Identifier (Madison, Rocket City or North Alabama).

Nelson said he would not reveal his own favorite option.

“I can’t, it’s just not right,” he said. “This isn’t my decision. This is this community’s decision.”

Many are talking about this story around the valley.

Some are eager to welcome something new. Others posted to social media, questioning the contest’s authenticity based on the Top 10 list BallCorps released.

We reached out to Roger Wexelberg, BallCorps’s President, about the contest. He revealed how it went after the North Alabama Baseball site went live with the list of possibilities:

“The list is absolutely real, there are number great fun names on the list that also pay homage to this area and we have had a tremendous  positive response. In fact we had over 1,000 votes in the first two hours of the poll being open. We also expected there would be some push back, there always is in these types of votes, but overall we couldn’t be happier with the number of positive engagements.”

We also spoke to Wexelberg about what the team name will mean for the brand and team.

Wexelberg said he has a timeline for when we will find out the final team name pick:

The Name the Team contest winner will be awarded 5-year season tickets, will throw out the first pitch in April 2020, and will appear at the October event where the name is announced.

“Somebody in this community is going to be the person who gave us the winning name,” said Nelson.

Nelson said you will also see advertising about the Name the Team contest around the Tennessee Valley. He explained that it’s because they want as many people as possible to vote.

MADISON COUNTY, Ala. -- One man was killed in a multi-vehicle crash on Sunday night.

TAMPA, Fla. (WFLA) — The cause of death for Brian Laundrie, Gabby Petito's fiancé, has not yet been determined, his family's lawyer said Monday.

Attorney Steven Bertolino told WFLA on Friday that Laundrie's remains had been transferred to an anthropologist for further evaluation.

Moderna says its COVID shot works for kids 6 to 11

Moderna said Monday that a low dose of its COVID-19 vaccine is safe and appears to work in 6- to 11-year-olds, as the manufacturer moves toward expanding shots to children.

Competitor Pfizer's kid-sized vaccine doses are closer to widespread use, undergoing evaluation by the Food and Drug Administration for nearly the same age group — starting at age 5. Its vaccine already is authorized for anyone 12 or older.

‘Flesh-eating’ STD on the rise in UK, doc warns

Each state's favorite Halloween candy, according to online shopping data

The scariest part of Halloween may be costume contact lenses, eye doctor says

Gas prices are rising: These 10 easy driving tips will save you money

What U.S. cities will look like with sea level rise, according to scientific projections