HUNTSVILLE, Ala. – Sprocket. That’s the name chosen by the fans for the Rocket City Trash Pandas mascot. 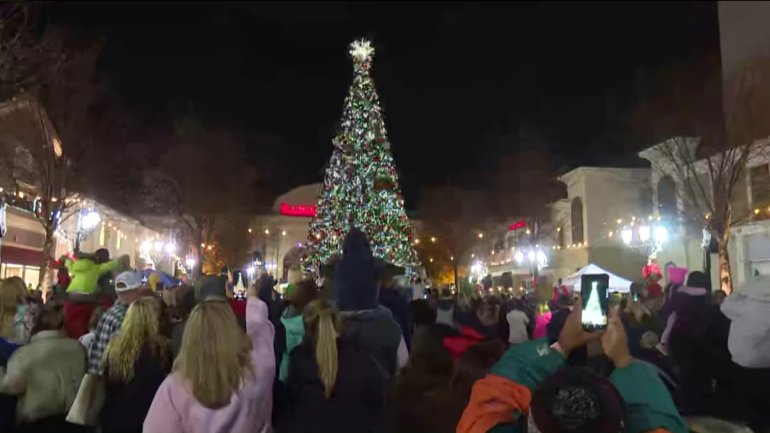 Options for the mascot’s name were Apollo, Buzz, Cosmo, Crash, Jetson, and Sprocket.

“Nah, I did not call it,” one season ticket holder said. “But Sprocket’s a good name. I was right when they named the Trash Pandas. I voted for that and I was really excited and so it’ll be a good thing for the community, the kids and everybody involved.”

“We are up here just about once a month at the store, seeing what they have new and we just have to have it,” another season ticket holder said.

The Trash Pandas will play their first home game on April 15 at Toyota Field, which is under construction at the Town Madison development off I-565 and Zierdt Road in Madison.

HUNTSVILLE, Ala. - Friday night, the Von Braun Center hosted its first sold-out concert since the pandemic began. Center officials say the emotion among employees and patrons is easily described in one word: excitement.

Jeff Brown traveled from Tennessee for the Ashley McBryde show on Friday, the first full-capacity event at the VBC since the pandemic started.

NCAA memo: Emmert urges schools to act on NIL or he will

ROSEMONT, Ill. (AP) — NCAA President Mark Emmert told the association's more than 1,100 member schools Friday that he will seek temporary rules as early as July to ensure all athletes can be compensated for their celebrity with a host of state laws looming and congressional efforts seemingly stalled.

In a memo obtained by The Associated Press, Emmert urged members to pass legislation by the end of June that would for the first time make it permissible for college athletes to earn money off their names, images and likenesses (NIL).

HUNTSVILLE, Ala. - Beginning Saturday, the state will no longer participate in all federal pandemic unemployment programs. Thousands of people who are currently receiving benefits will no longer be eligible.

According to the Alabama Department of Labor, of the 80,000 people who received benefits last month, only 11-thousand of them would still qualify once Alabama ends its participation in federal pandemic unemployment compensation programs.

Report: US returning thousands of migrant minors into ‘harm’s way’

Confessions of a UFO investigator