Anna Duggar’s brother is not happy his sister is staying with her disgraced reality TV star husband, Josh Duggar.

“I have been the biggest hypocrite ever,” Josh said in a statement on his family’s website. “While espousing faith and family values, I have secretly over the last several years been viewing pornography on the internet and this became a secret addiction and I became unfaithful to my wife.” 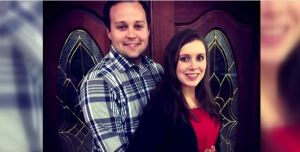 In May, Josh was also forced to apologize after news broke that he had molested five girls, four of them being his own sisters, when he was a teenager.

Josh admitted that his actions were “inexcusable,” and TLC canceled the Duggar’s hit reality show “19 Kids and Counting” less than two months later.

Over the weekend, Josh’s sister, Jessa Duggar Seewalk, posted a Bible verse on her Facebook page, which read in part, “If we confess our sins, he is faithful and just to forgive us our sins, and to cleanse us from all unrighteousness.”

“You have to confess and forsake your sin to have mercy,” Keller wrote. “Not sin confess and repeat.”

“Tell me how you would feel if someone cheated on your sister and brought so much disgrace to you and ur [sic] family,” Keller continued.

In the comment thread, Keller says he has asked his sister to leave Josh but she refused.

“I told her I would go get her and her children stay [with] me,” Keller wrote. “She said she’s staying where she’s at. But I won’t stop trying to get that pig out of our family.”

Josh and Anna Duggar, both 27, have been married since 2008. They have four children together: Mackynzie, 5, Michael, 4, Marcus, 2, and Meredith Grace, 1 month.

A total of 260 tags will be distributed across five hunting zones in the state. Registration has to be finished by 8 a.m. June 2.

HUNTSVILLE, Ala. - Rosie's Mexican Cantina closed its South Memorial Parkway location on May 15th after learning an employee tested positive for COVID-19. But in a post on Tuesday, May 26th, the restaurant reported that two more employees tested positive for the virus.

Rosie's originally planned to reopen it's South Parkway location on May 27th after extensively sanitizing the entire restaurant. But now, the popular cantina plans to reopen on Monday, June 1st at 11:00 a.m.

HUNTSVILLE, Ala. -- President Donald Trump threatened to cut federal funding to states that expand mail-in voting during the COVID-19 pandemic.

He complained over the weekend about mail-in voting making it easier to commit vote fraud.