According to officials, there were no problems.

Authorities arrested Kim Saunders,36, of Birmingham who was with Anthony at the time of his arrest.  Saunders will be charged with hindering the arrest of an escapee.

Anthony is serving a 50-year sentence for a 2005 second-degree assault conviction in Montgomery County.  He now faces multiple charges to include an escape charge. 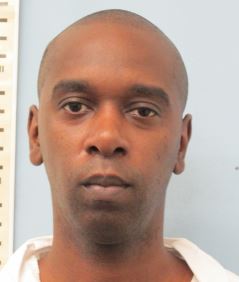 Jerry Anthony Randolph left from assigned job location around 12:45p.m. on May 9th, according to authorities.

Randolph, incarcerated at the Childersburg work release center, was on an assigned job in Columbiana Alabama when he escaped Thursday afternoon.

If you have any information concerning the whereabouts of Jerry Randolph, notify your local law enforcement agency, Childersburg Work Release Center, or call the Alabama Department of Corrections at 1-80-831-8825.

HUNTSVILLE, Ala. - Some businesses have struggled and were forced to close over the past year because of COVID-19, but one Huntsville business is soon re-opening in a new location.

Pints and Pixels, the retro gaming bar, will open to the public at its new location Tuesday at Campus 805 on Clinton Avenue.

INDIANAPOLIS (WXIN/NEXSTAR) -- Six people were killed in a shooting in Indianapolis, and a juvenile was taken to the hospital in critical condition, according to police.