HUNTSVILLE, Ala. – The man Huntsville Police say was involved in a wrong-way crash on I-565 and that left three people dead now has a court date.

A felony exam hearing is set Caria Cortez for June 9.  He’s still in the Madison County Metro Jail under a $180,000 bond.

Three people were killed, including a child, on Interstate 565 May 20th. The wreck closed down the interstate for several hours.

22-year-old Cortez has been charged with three counts of reckless murder, along with DUI and driving on the wrong side of the highway.

Officers say Cortez was traveling west in the eastbound lanes when the collision happened. Cortez was taken to the hospital in serious condition, but he was released from the hospital that day and taken to jail. 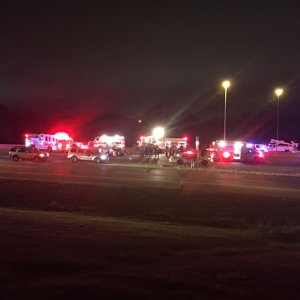 The wreck happened around 1:30 Thursday morning on I-565 between Bob Wallace Avenue and Research Park Boulevard. I-565 didn’t reopen until after 6:00 a.m.

Moments before the wreck, 911 received a call about a driver going the wrong way down 1-565 East.

Seconds later, reports came in about a head-on collision.

ST. GEORGE, Utah (ABC4 News) — Two babies, born at 30 weeks far from their parents — parents who are asking someone with access to a private plane to help get them home to Florida.

“We don't want them to get any sicker than they are,” said Alison, their mother, over a Zoom chat with ABC4 Sunday night.

AUBURN, Ala. (WRBL) - The Auburn Police Department has arrested a Georgia man in connection to financial abuse of an elderly person.

Deontravious Shamar Bonner, age 24, was arrested on July 2, after police say he scammed an elderly victim by overcharging them for services.

TAMPA, Fla. (WFLA) -- All brick and mortar schools in Florida must reopen in August and provide "the full panoply of services," the state's Department of Education announced Monday.

An emergency order signed by Education Commissioner Richard Corcoran said that "upon reopening in August, all school boards and charter school governing boards must open brick and mortar schools at least five days per week for all students," with advice from state and local health departments.