LEE COUNTY, Ala. – The man charged with kidnapping college student Aniah Blanchard from an Auburn convenience store is now charged with capital murder in her death.

Yazeed is the only person responsible for abducting Blanchard and killing her, Hughes said. He also revealed the Blanchard died from a gunshot wound. 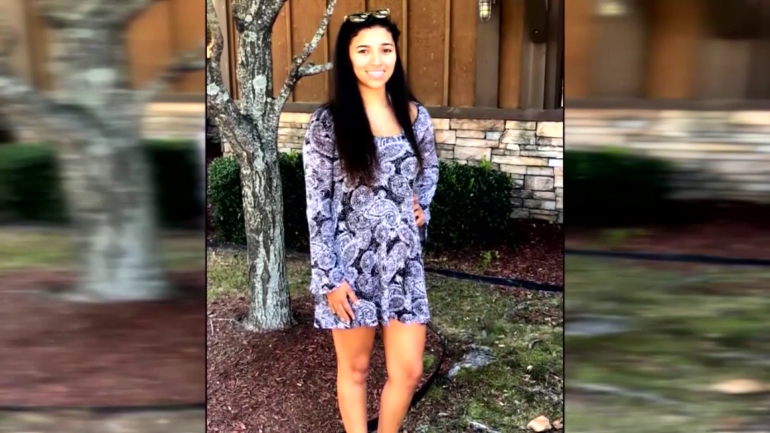 Blanchard, 19, went missing Oct. 24. She was last seen at an Auburn convenience store Oct. 23. Authorities said Yazeed was seen at the convenience store at the same time, and a witness was seen forcing her into a vehicle. Her vehicle was found two days later at an apartment in Montgomery, damaged and with enough blood inside to indicate a life-threatening injury.

Her remains were found in a wooded area in Macon County Nov. 25.

Two other men were also arrested in connection with her death. Antwain Fisher, 35, is accused of driving Yazeed and helping dispose of evidence. He was charged with kidnapping. Hughes declined to talk about Fisher’s case Monday.

MADISON COUNTY, Ala. - Farmers are at the mercy of mother nature, and all across the Tennessee Valley heavy rains left low-lying land near rivers with water covering crops.

"We've got soybeans over on the Flint and had quite a few acres underwater. Over here on the Paint Rock, primarily got corn over here and I'm sure the waters been ear level or so on certain parts of it," said farmer Charles Butler.

‘I thought I got hit by the boat’: Teen survives encounter with shark

CHICAGO (NewsNation Now) — Lucas Cruz isn't ready to get back in the water just yet. And who could blame him?

The 15-year-old is recovering after losing nearly 70% of his blood following an attack in Florida by a bull shark estimated to weigh 500 pounds.

(NewsNation Now) — Apple is developing software that could allow a future iPhone to detect mental illness such as depression or even cognitive decline, according to a report by The Wall Street Journal.

The idea is reportedly in its early stages, but the company is optimistic it could make it to their millions of phones one day. It would work by analyzing the myriad of data your phone already can collect about you, from sleep patterns to physical activity and the way you use your phone.

UAH lecturer on leave after being arrested for child pornography

‘Sex and the City’ star Willie Garson dies at 57

UAH lecturer on leave after being arrested for child pornography

‘I thought I got hit by the boat’: Teen survives encounter with shark