MADISON, Ala. -- It’s a long way from Hoboken, New Jersey to the village of Moisville, France. The two are an ocean apart, separated by more than 3,500 miles. Fred Moretto made that journey to fight for our country during World War II. It’s a miracle he made it home. He’d tell you he couldn’t have done it without the help of total strangers. 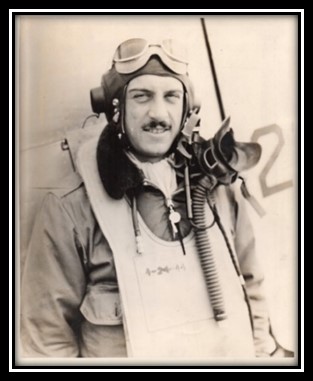 Fred enlisted in the Army Air Force when he was 24. A pilot, he flew 38 missions. That last one is the one that almost took his life.

His daughter, Kim Niemeier, talks about how her father was in an aerial battle over the French countryside six days after D-Day while families looked to the sky. “They were actually watching the dogfight in the air from their backyard,” Kim said.

In a battle for his life, a family watched as Moretto was shot down over their farm. “Daddy had 10 Messerschmitts on him and they were watching and praying for his safety,” Kim added.

That family was part of the French resistance. “They saw him get hit and the plane went away from their village,” Kim recalls her dad telling her. “It was on fire and he parachuted out but the plane landed about a mile away.”

The Germans didn’t see him bail out. “Once the Germans got to dad’s plane and realized he didn’t come down with the plane then they knew he was somewhere in the village,” she said.

The DesMares family took him to their home in Moisville, a village west of Paris. That’s when Kim says the Germans were looking for her father, “They started the door to door search looking for him.” The French resistance hid him for two months.

“He was burned real badly. His face, his hands and his neck,” Kim learned about her dad. The village nursed him back to health and gave him a map to help him get back into the hand of allied forces.

Back home, like a lot of veterans, Moretto didn’t talk a lot about the war. He finally opened up to his daughter. “It took a long time, many years,” she recalls. In 1992, Fred Moretto agreed to return to France. Kim recalls, “Everything was still there.”

It was the first of two visits to see once again the people and the places where he hid from the Germans. “He went from the DesMares’ house to an attic and then to the barn,” she remembers. “It was very emotional.” Especially when they pulled up to the home where the DesMares family still lived. Kim said, “This small stooped woman, French woman comes out with tears in her eyes and all she could say was mon fils, mon fils, my son, my son.”

To the people of the village, Fred Moretto was a hero. But to Kim, the heroes are the people who saved her father’s life.

When she mentioned that to Henriette DesMares, she remembered, “Henriette held my hand and she said no, he risked his life to liberate us. He’s the hero.” A piece of her father’s P-47 plane dangles on her key chain, a memento from their trips back to France. Another keepsake, recorded conversations with her dad. “And at one time I remember him saying, you are making me remember things I’ve tried all these years to forget,” she said.

From those conversations, Kim wrote “In the Hands of Strangers.” While Fred didn’t get to turn the pages of the book, he did see the cover before he died at the age of 86. But Kim thinks her father would be proud of what she’s written. “But I think he would be very humble too,” she said. “I would call him a quiet hero.”

HUNTSVILLE, AL – Huntsville Animal Services is at capacity with too many dogs housed in the kennels. Shelter staff said they are looking for people who are willing to help with adoptions, fostering, and photographing pets to encourage adoptions.

There are so many different personalities, shapes, sizes, and colors of dogs to choose from at the shelter. The adoption fee during this "Shelter at Capacity" period is free for most dogs.

HUNTSVILLE, Ala. - There's no vaccine to protect from the Coronavirus Disease 2019, or COVID-19, that first reportedly broke out in Wuhan, China.

The virus has spread to 28 countries and the Johns Hopkins real time virus dashboard showed more than 81-thousand global confirmed cases. The map indicates most cases stem from Mainland China.

MADISON COUNTY, Ala. - Authorities confirm a Madison County inmate was found unresponsive in his cell Wednesday afternoon, and later died.

The Madison County Sheriff’s Office said the inmate was in his cell alone when he was found unresponsive by officers conducting cell checks. HEMSI emergency crews were called but the inmate was pronounced dead.

Times of sun and clouds Precip: 0%