MADISON COUNTY, Ala. – Madison County authorities arrested two people on Thursday in connection with the shooting death of an Ardmore woman, and said a third suspect turned himself in later that day. 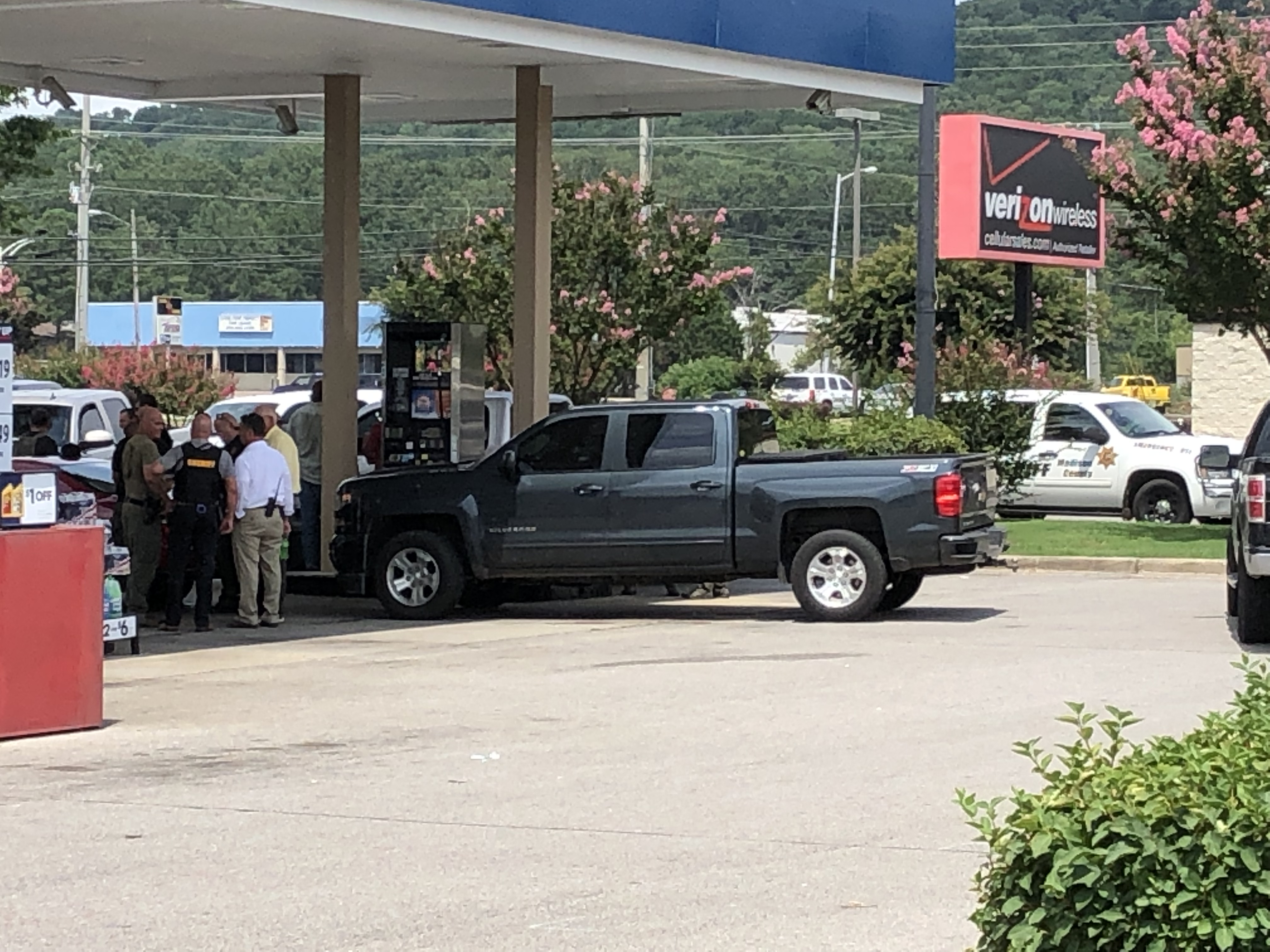 Khalib Holden, 18, Adrian Miguel Lopez, 18, and Quintin Sincere Courtney, 20, were all arrested in connection with the murder of Diane Ferguson Ballard, 72. They’re each charged with capital murder and first-degree robbery.

The Madison County Sheriff’s Office said Friday afternoon that Ballard was killed during a fight that happened during a drug transaction.

Holden, Lopez and Courtney had gone to the home to buy drugs, the sheriff’s office said. While they were there, an altercation occurred between the three men and another person in the house and shots were fired. Ballard was hit by a bullet, they said.

The arrests in Huntsville happened as deputies showed up in unmarked vehicles at the gas station next to Walmart on Hobbs Road.  The Madison County Sheriff’s Office says their narcotics team got a tip and tracked the car to the Murphy USA gas station.

“Our best happened to be in a position today to take action and bring two of the subjects we’re looking for into custody without violence,” Madison County sheriff’s office captain Michael Salomonsky said.

Thankfully nobody was hurt at the ordinarily busy parking lot, deputies took three people in the car into custody. Two of them were wanted for Ballard’s murder.

“We’re seeking four. We have two,” Capt. Salomonsky said. Authorities did not elaborate on the identity of the fourth suspect Thursday afternoon, and initially only disclosed they were looking for Holden, Lopez and Courtney.

The murder happened at the home of Diane Ferguson Ballard, 72, on Elkwood Section Road near Ardmore early Tuesday morning. Ballard’s family didn’t wish to appear on camera, but tells WHNT News 19 Diane was home with her grandson when they say four people broke in. They say Diane died defending her home.

“We have to play our cards a little close to the chest. And then we’ll let the information go as we need to,” Capt. Salomonsky said.

HUNTSVILLE, Ala. - The mayor of Huntsville tried to take on the issue of COVID-19 vaccine hesitancy head-on, specifically in the black community, but the gesture was swiftly met with backlash from the public.

Wednesday afternoon, the mayor, several local prominent Black pastors, and the president of Oakwood university received the COVID-19 vaccine. Many black Americans trace their distrust of vaccines to a history of mistreatment by the country's medical establishment, including the notorious Tuskegee syphilis experiment.

HUNTSVILLE, Ala. - January 27th, is International Holocaust Remembrance Day. This year marks the 76th anniversary of the liberation of Auschwitz concentration camp, and more so, continuing the legacy of remembering the millions of people who lost their lives during World War II.

More than 6 million Jews were tortured and killed by Nazis during World War II. Over one million innocent people were sent to Auschwitz.

HUNTSVILLE, Ala. - While the demand for COVID-19 vaccinations is relatively high, Alabama has not been able to meet it just yet. But one Huntsville Hospital operations official says change may be on the horizon if the state figures out a way to manage.

Between two vaccination locations Huntsville Hospital has vaccinated about 14,500 people so far.