HUNTSVILLE, Ala. – Huntsville police arrested one man wanted in connection to a breaking and entering case Friday morning in Decatur.

Decatur police tell us they tried to stop a vehicle around 1:30 a.m that led them on a short chase. Decatur police sent out an alert to surrounding agencies asking them to look out for the vehicle.

Huntsville Police later spotted the vehicle with three people inside at the Wal-Mart on Sparkman Drive. Two men ran from the car when officers approached but the female driver stayed inside, according to officials. Police say Day was one of the runners but the other man got away. 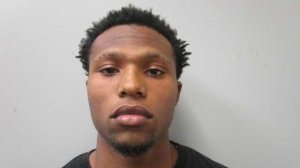 HUNTSVILLE, Ala. - The state of Alabama has tested more than 195,000 people for COVID-19 since mid-March.

The case total to date is just under 16,000 and nearly 8,000 people are counted as recovered, but the state is also seeing a sharp rise in recent days of COVID-19 cases.

HUNTSVILLE, Ala. - Elon Musk and SpaceX are on the clock with the launch of Falcon 9 coming Wednesday, barring potential weather delays. If the launch carrying Crew Dragon is successful, it will mark the first time a manned spacecraft is launched by a private company.

It will also be the first manned launched on U.S. soil since 2011.

HUNTSVILLE, Ala. - There's a community movement to save Hockey at UAH. Organizers say all it will take is $500,000 of donations from the community.

This after UAH Announced the elimination of its hockey program last Friday.