HUNTSVILLE, Ala. – A review board has cleared two Huntsville Police Department officers who shot and killed a woman last month.

The department said in a news release Friday evening that an incident review board determined the officers followed policies and procedures in the shooting death of Crystal Ragland. Ragland, 32, was shot and killed May 30 at Stadium Apartments.

Police said they had received a call that Ragland was waving a gun at neighbors and had pointed the gun at at least one person. Police said officers responded and a witness took them to where Ragland was.

The officers shot Ragland after a verbal confrontation in which they said she refused to follow the officers’ commands to not pull the weapon from her waistband.

Police said the officers fired before Ragland could get a chance to.

“She did not have an opportunity to, but it was leading up to that moment but the officers were able to fire first,” Huntsville Police Department spokesman Lt. Michael Johnson said at the time.

After the shooting, police said they discovered the gun Ragland had was a replica. 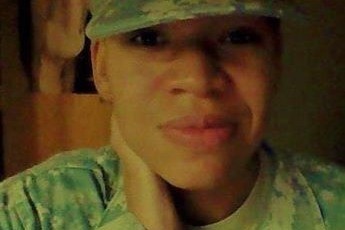 Family members said Ragland was an Iraq War veteran with PTSD and other mental disorders. Neighbors said Ragland mostly kept to herself but appeared to be upset the day of the shooting.

The two officers had been on administrative duty since the shooting.

The Madison County District Attorney’s Office submitted an investigative file prior to the incident review board convening, police said.

The board reviewed camera footage from cameras the officers wore as well as patrol car cameras. They also reviewed evidence and testimony from officers and witnesses before reaching a decision.

Why the US waited to shoot down the China balloon

Bill would require phones to come with content filter