HUNTSVILLE, Ala. – One person has been seriously hurt after being hit by a train in Huntsville Tuesday afternoon.

Police responded to the scene, directly behind Lee High School. 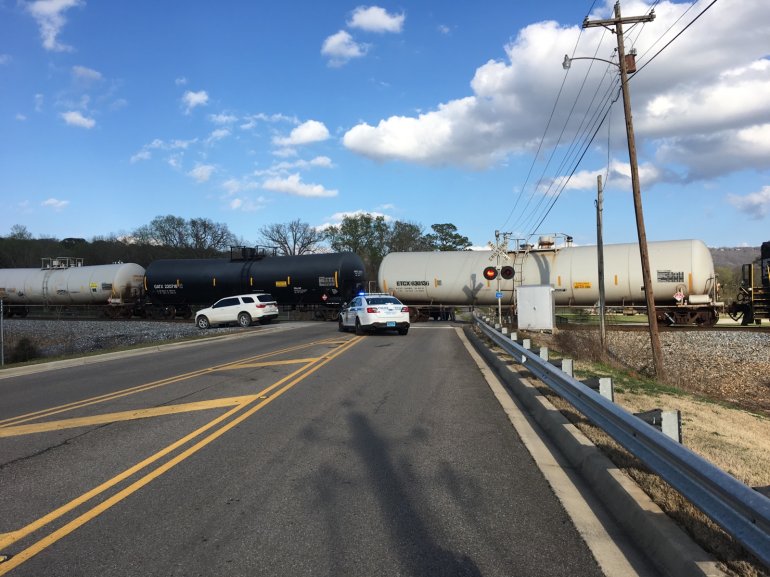 Huntsville Fire Department Captain Frank McKenzie tells WHNT News 19 the victim is a male, and was struck near Holy Ghost Deliverance Church of Love in Christ, on Christian Lane.

It’s unclear why the victim was near the tracks when the train came by.

It took the train several hundred feet to finally come to a stop.

The train line is owned and managed by Norfolk Southern. They had investigators on scene, Tuesday afternoon, to determine what went wrong.

Currently. there’s no word on the victim’s age, name or condition.

HUNTSVILLE, Ala. - One courtroom. One judge. One prosecutor.

Friday will see a mass trial in Huntsville City Court for the remaining cases related to arrests during last June's racial justice protests outside the Madison County Courthouse.

HUNTSVILLE, Ala. - Athletes and fans from around the U.S. are going to be in the Rocket City Saturday and Sunday to watch Paralympic cycling tryouts at Cummings Research Park.

The city hopes the exposure Huntsville gets from the paralympic cycling event this weekend will have ripple effects economically as cyclists compete to be able to be part of the Paralympics in Tokyo this summer.

Can everything in Australia really kill you? Here’s what Ashtyn’s Grandma Lyn thinks

Can my employer legally ask if I received the COVID-19 vaccine?